During 2017’s Truck Driver Appreciation Week, AllTruckJobs.com put together the ‘I Deliver Campaign’ aimed at showing our appreciation for drivers all across America! After two weeks of entries, BigRigBanter and AllTruckJobs.com are happy to announce our winner, Pete Sheaffer! Working as a driver for over 6 years, Pete hauls live animals from farms to their next destination. 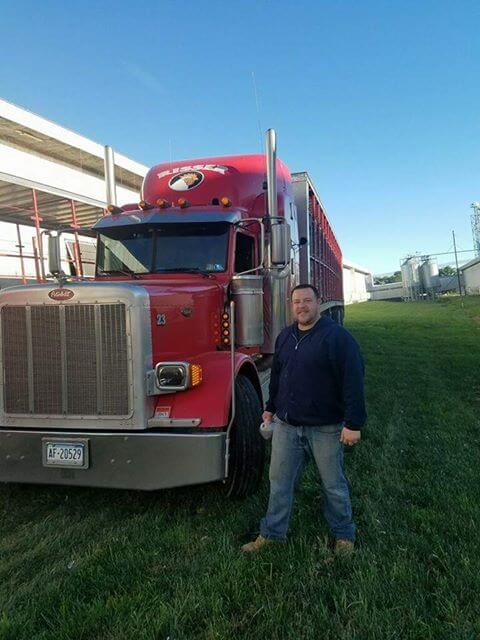 It’s always interesting to learn why a certain career path calls out to someone. No matter the reason, trucking is something that takes a special type of professional to excel and honoring that is what Truck Driver Appreciation Week is all about. Some people may not plan for a commercial driving career, although many who join in are hooked! We asked Pete about what made him really decide to pursue a trucking career.

Recently we had the chance to sit down and interview Pete about his experience in the industry during Truck Driver Appreciation Week and learn about his trucking career. Here’s that interview: 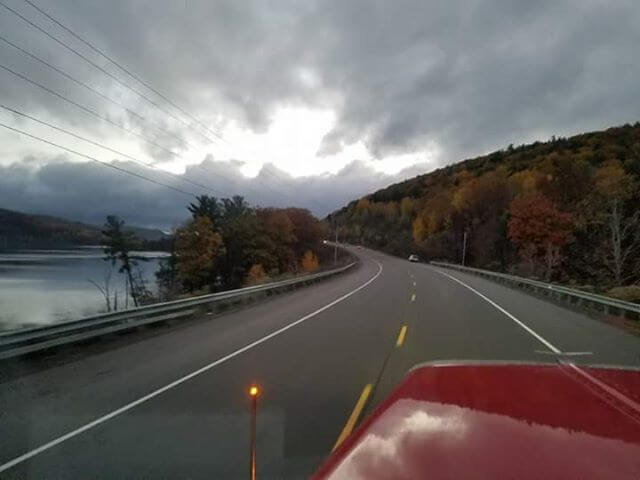 What made you want to start driving?

“I was laid off, and I had a lot of responsibilities and bills and family, and stuff like that. I have a college degree actually, believe it or not. I was laid off with that because of the economy. Pretty much it was personally and financially because of the economy. I mean, trucking is just booming right now as far as what you can make a year and start out. That’s kind of what drove me, I mean I like to drive, although it wasn’t like I was born behind the wheel.”

Jokingly, we’re glad Pete wasn’t born in a truck, but he sure seems to have taken on the job for great reasons. If one thing is certain, trucking is a profession that will provide solid income and great work experience for each and every driver. With 6 years under his belt, we wanted to know just how the industry has changed during that time. 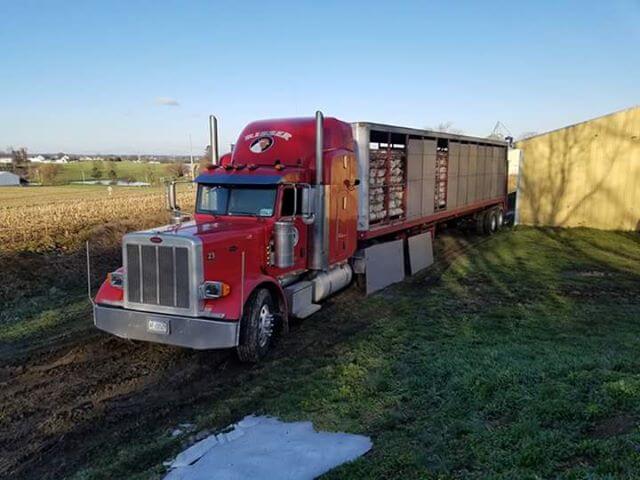 How has the industry changed?

“I mean, a lot of things have changed and are continuing to change. There’s so many rules and regulations. It’s like the only job in America where you can be at work and we have to abide by a bunch of rules and regulations that normal people don’t. Whatever it may be, with the job or on a personal level when you’re at home… I still have to abide by different rules than a regular driver.

As far as what I’ve seen, I’m only on my second company. There’s just so much that has changed whether it’s with a company or the government.”

Speaking to something we hear often in the trucking community, regulations just seem to keep cropping up whether drivers are onboard with them or not. Things like sleep apnea screening, hours of services requirements, and now the ELD mandate have a lot of drivers talking and planning their careers accordingly. It can, unfortunately, put a damper on things at times. When asked about whether regulations affect his enjoyment of the job, here’s what Pete said.

Do regulations affect how much you enjoy trucking?

“Well I mean, it does, it can affect income and time away from family. Like now I’m working a lot longer, I’m working more during the day for less money. You know, it depends on what you haul and what you drive. There’re all kinds of different driving jobs. Mine is different because not too many drive farm to farm and haul live animals.”

So, while it’s not the most uncommon type of cargo here in Pennsylvania, hauling living chickens has got to have its interesting aspects.

“I don’t know why people are so amazed to see that many chickens on a trailer like they’ve never seen a chicken, but we typically cover them up. They take pictures and even police are really interested like they never saw something like this. And sometimes you’ll pull into an area or a weigh station and a lot of the time, the cops don’t really want anything to do with you cause they don’t wanna get shit on. So, that’s kind of cool.”

While chickens are certainly rare and exotic beasts, this example does outline just how diverse the trucking industry is in terms of the types of loads out there for drivers! No matter what you haul, there are lots of reasons that trucking is one of the most solid career paths out there. We asked Pete what he thought the best and worst aspects of the job were.

What are the best and worst parts about the job?

“The best part is just the freedom, and that’s depending on who you work for and what you haul. For me, I just have a lot of freedom. I mean I have a schedule and what I need to do, but it’s not like I have somebody sitting beside me saying, ‘well that’s not a good idea,’ or ‘this is what you need to do.’

I gotta take it upon myself to make the best decision possible to keep my career moving forward. And as far as the worst thing, the rules and the regulations are just crazy. Like they’re trying to get everybody to do the e-logs now. And I just think it’s crazy for a machine to tell you when you should sleep and when you shouldn’t. Because a lot the time a machine’s wrong and when you should be sleeping you’re not tired and then your times up where now you gotta drive and you don’t wanna drive. But, you have to go because the machine only gives you so long to go.

I came from Tyson foods and they were all e-logs so I learned a lot from that. And now I use paper logs and it’s just a lot different.”

What would you tell drivers who are just starting out in this career? Any advice?

“I just really think that doing the research on the company is very important. There’s so much stuff out there that seems so good as far as incentives. But, the biggest thing I’d tell somebody is that if something seems too good to be true, it usually is. You really wanna figure out why they are paying so much money just to get somebody in the door, and there’s trucking jobs out there where you don’t even know how to drive a truck. It’s like we’ll train you, we’ll put you in a seat and that’s scary stuff because you don’t even know the paper work you’re signing, but you could be signing stuff that you’re going to be giving up so much income or you’re contracted to this job.” 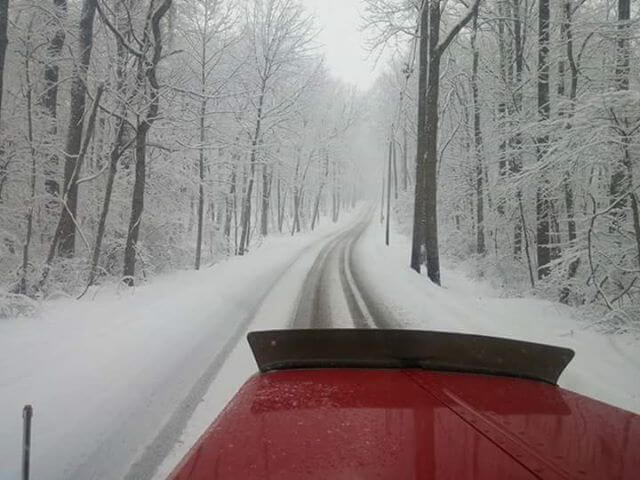 With all the new companies coming out with self-driving trucks, what is your perspective?

“I’m pretty concerned. My mom actually worked for an engineering firm. I know robotics have taken over a lot of jobs in the American industry which is kind of scary. I think all the self-parking cars, but the whole things with the trucks I don’t know — it’s a little too freaky.”

As something we’ve been covering closely, this is an issue we hear time and time again. Drivers and industry professionals are no strangers to the interesting future posed by autonomous trucking and that’s becoming more evident each day.

For now, we’ll do what we can to celebrate drivers who keep the United States running smoothly day in and day out! Another thanks to all who entered the I Deliver Campaign during Truck Driver Appreciation Week and congratulations to this year’s winner, Pete Sheaffer!

What did you do to celebrate Truck Driver Appreciation Week? Let us know in the comments below!