Nikola One: Driving the Future of Trucking

Home » Technology » Nikola One: Driving the Future of Trucking

Posted By Hit The Road Jack on Dec 05 | 0 comments

It’s either the most obvious or the most innovative idea the trucking world has ever seen – still there’s no doubt that the new Nikola One electric tractor is poised to make a huge change to the industry.

In early May, Nikola Motor Company announced that they would be rolling out an all-electric Class 8 Truck, complete with 2,000 horsepower, 2,000 ft. lbs. of torque, and a range of 1,200 miles. Now the world’s first hydrogen fuel cell freight truck is here.

Compared to Tesla Motors’ Model 3 truck offering only 200-plus miles per charge, the Nikola One is poised to dominate the competition. 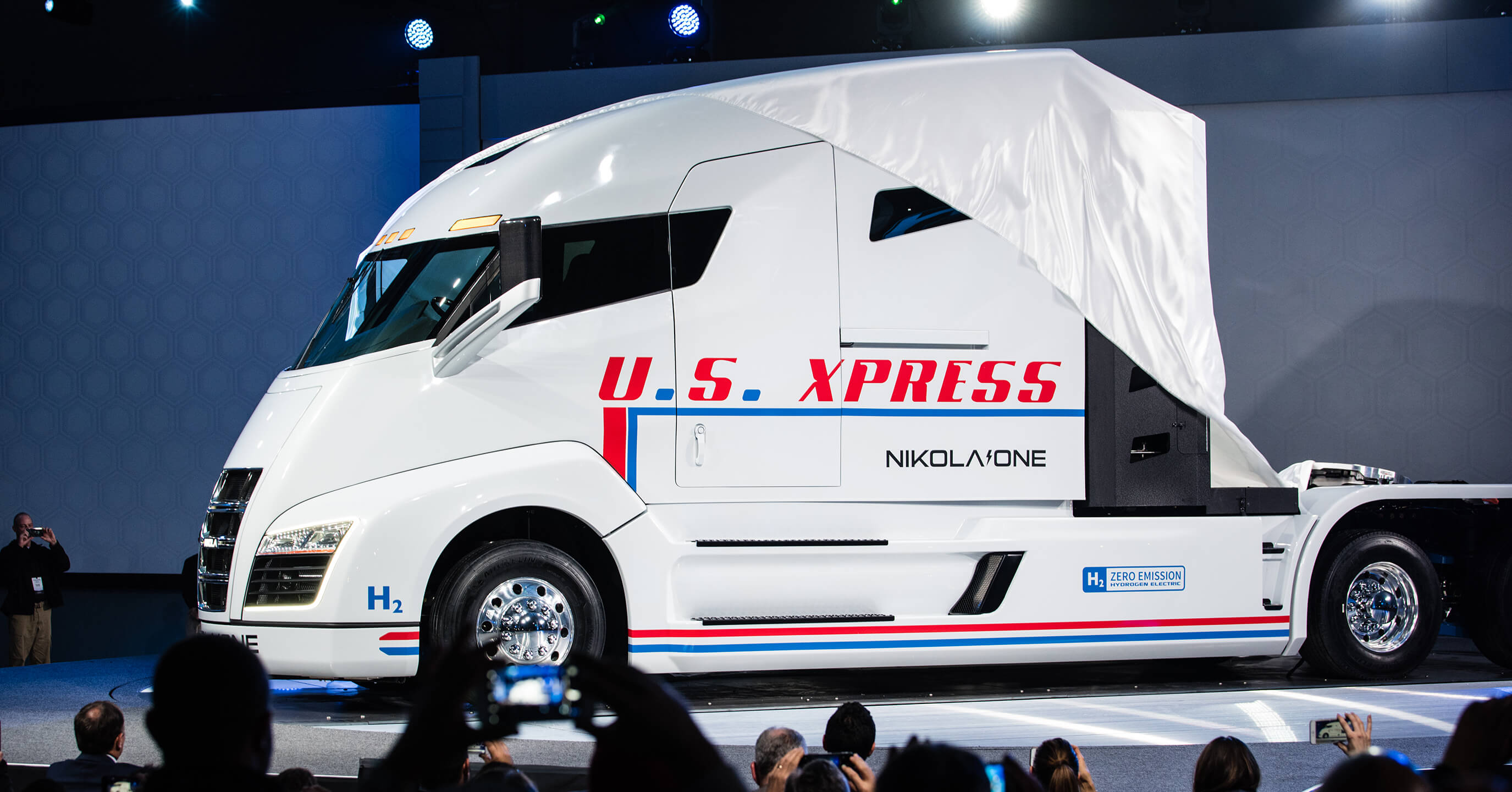 Over the next 10 years, the company plans to create 364 hydrogen stations across the U.S.

A Semi-Truck FULL of Technology

Nikola One’s almost unfathomable efficiency is thanks to an onboard, natural gas turbine that charges the batteries as the vehicle is running. This means that the driver only needs to stop for around 15-20 minutes in order to refuel, ultimately saving companies time and money.

Remarkably, this electric tractor can climb a hill at 65 mph, then switch to charge the battery using a system that captures energy where drivers would normally have to ride the breaks.

Suffice it to say, this truck is a regular spaceship packed full of the most modern devices and features on the market. NMC claims that the driver could theoretically stay in the cabin for almost a week, blasting the AC, running the microwave, and watching TV with just about every other amenity on before the turbine would need to charge the battery again.

What’s more is that this truck comes fully equipped with nearly every tech feature from a Wi-Fi hotspot to several HD cameras capable of 360° views while driving. 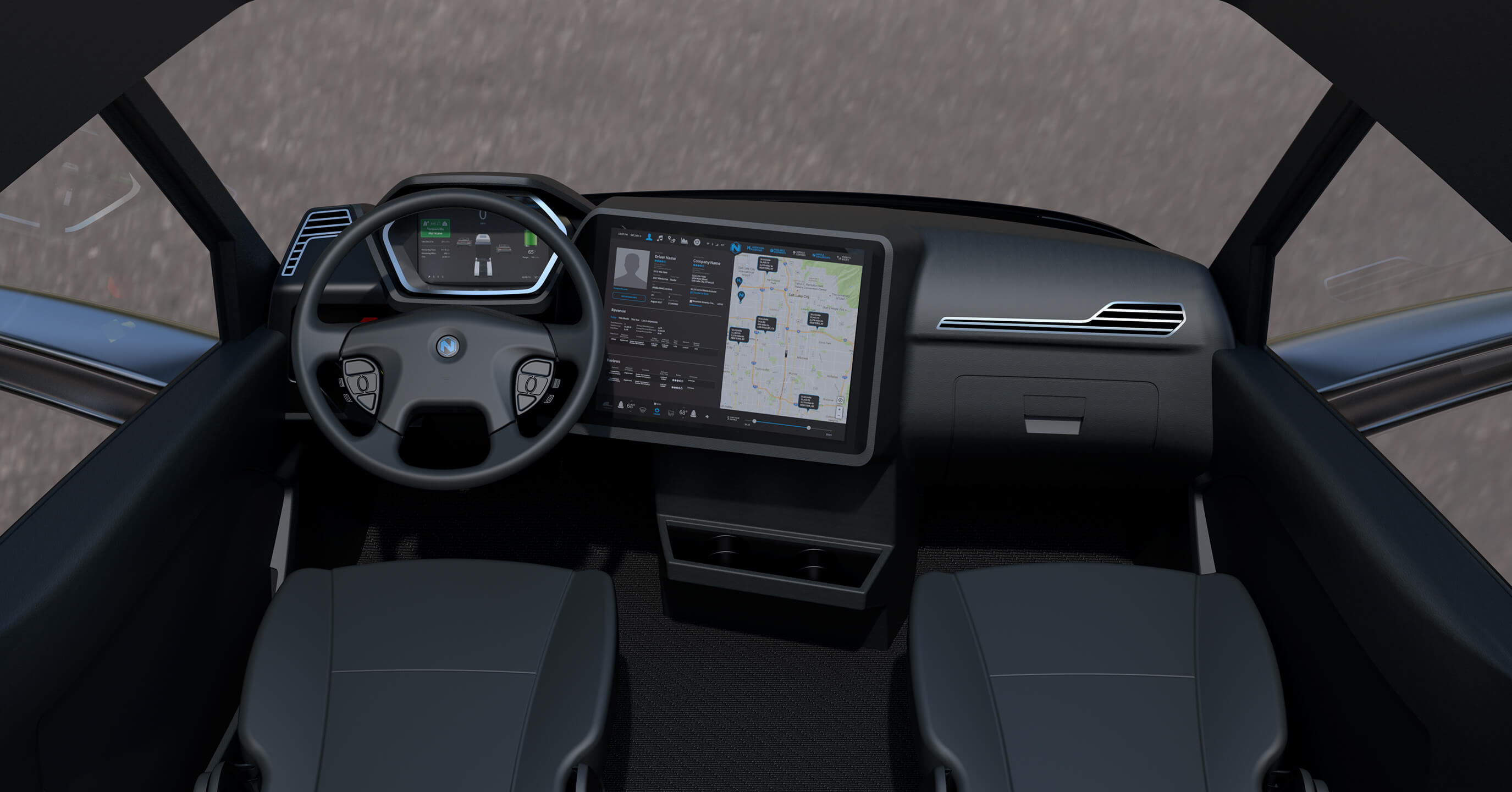 A conceptual rendering of the Nikola One’s interior

Yet, one of the most impressive and futuristic features of this truck is its ability to create a platoon of other driverless Nikola One vehicles. Drivers of a single unit can wirelessly link to and manage up to 5 additional, self-driving trucks. As the driver issues a command, the motors of the other units respond in as little as 30 milliseconds! Any errors that occur will result in the robo-trucks pulling over as soon as it is safe to do so.

This could be an absolute dream for many companies… except the sticker price for this jammed-packed Jetsons-style tractor-trailer is nearly half a million dollars at around $425,000 per vehicle. Yikes!

…This probably means we won’t see this truck in the consumer market anytime soon, however it doesn’t stop the Nikola One from ushering in a new era of hyper-efficient “smart trucks.”

Additionally, the truck’s lack of shifting means it could open the market up to a variety of new tech-savvy drivers – serving to aid driver shortages nationwide. 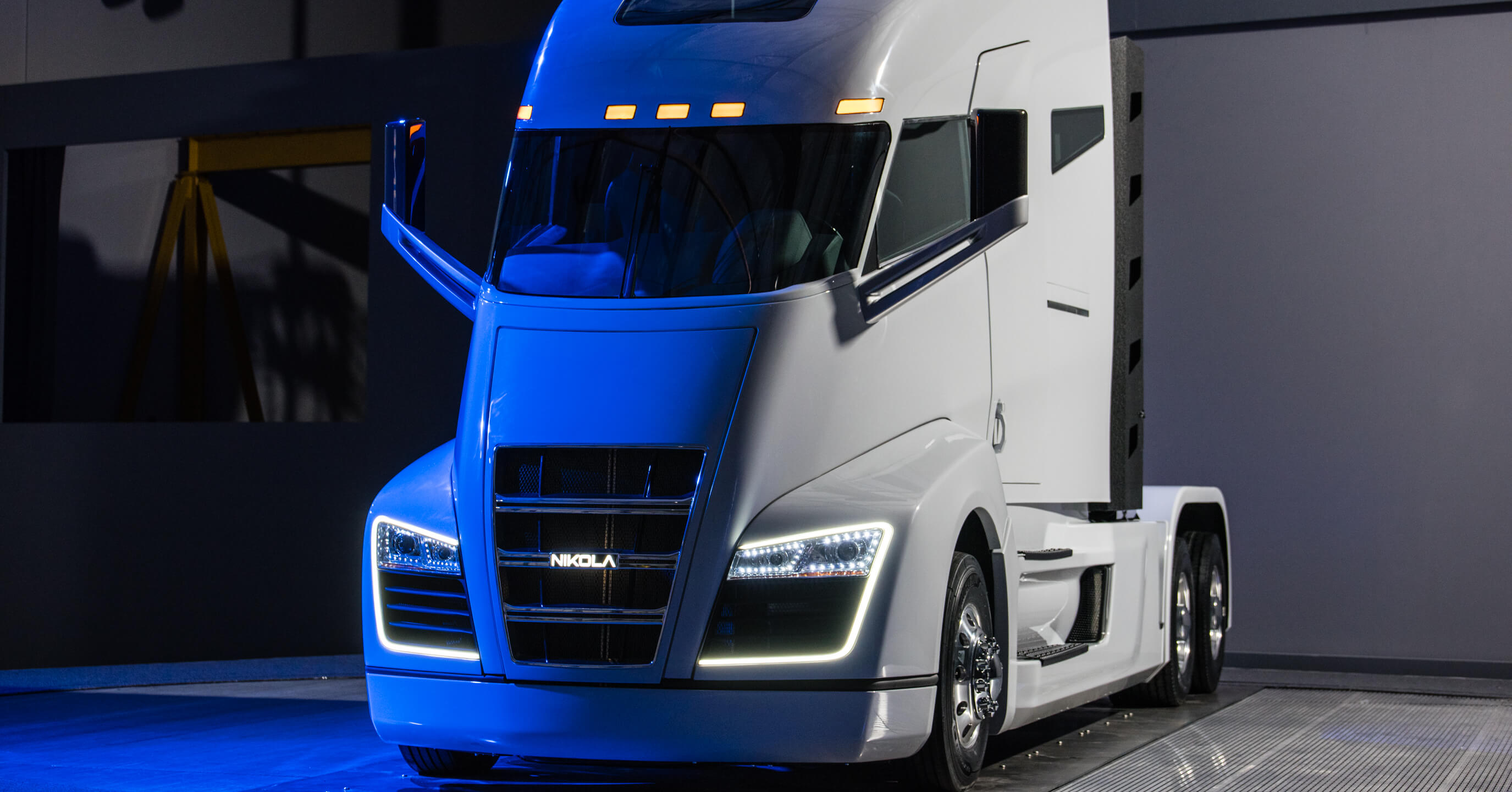 Recalling Peterbilt’s Walmart WAVE concept truck, the idea is nothing new – however, that’s not stopping NMC from offering the first trucks off the line to anyone who pays a $1,500 deposit within the next 2-3 years.

The trucking industry is gearing up for huge innovations as pressure from the EPA fuse with the latest zero-emission technology and innovative prowess of companies like Nikola. Hefty price tags aside, there is definitely something to be said about NMC’s drive to offer truckers the most efficient, comfortable, and safe vehicles they can in order to keep a vital part of the American economy flourishing.