Posted By Hit The Road Jack on Nov 19 | 2 comments

They’re not just glorified walky-talkies. In fact, The Citizens Band Radio Service (CB) is arguably one of the most important pieces of equipment in your cab. Essentially, this is your main line of communication with other truckers on the road. We know that the trucking community is a close-knit group and that truckers generally watch out for each other. CB radio is a great way to do just that. Whether there’s an accident on the road that you want to warn others about, or you’re a trucker who broke down and is in need of assistance, CB radio is an important tool to have in your trucking arsenal. Now, you can’t just go about jabbering on the radio like a teenager – there have to be some rules in place. You don’t want to be that guy, do you? That’s why we’re going to go over some proper CB radio etiquette.

Before we jump into our tips for wielding your CB radio properly, let’s take a look at their history and mechanics. The original CB radio was invented by Al Gross in 1945. It was designed to be an upgraded version of the walky-talky. Ironically enough, we can also thank Gross for this invention. In its early years, CB radio was just another way for people across the country to connect with one another. But, when it was introduced to truckers in 1958, it changed the industry forever. CB radio finally gave truckers the ability to communicate with their fellow drivers while on the road. Its popularity grew in the 70s, which solidified its place in almost every cab from then on. Even today, virtually every trucker still uses this device. 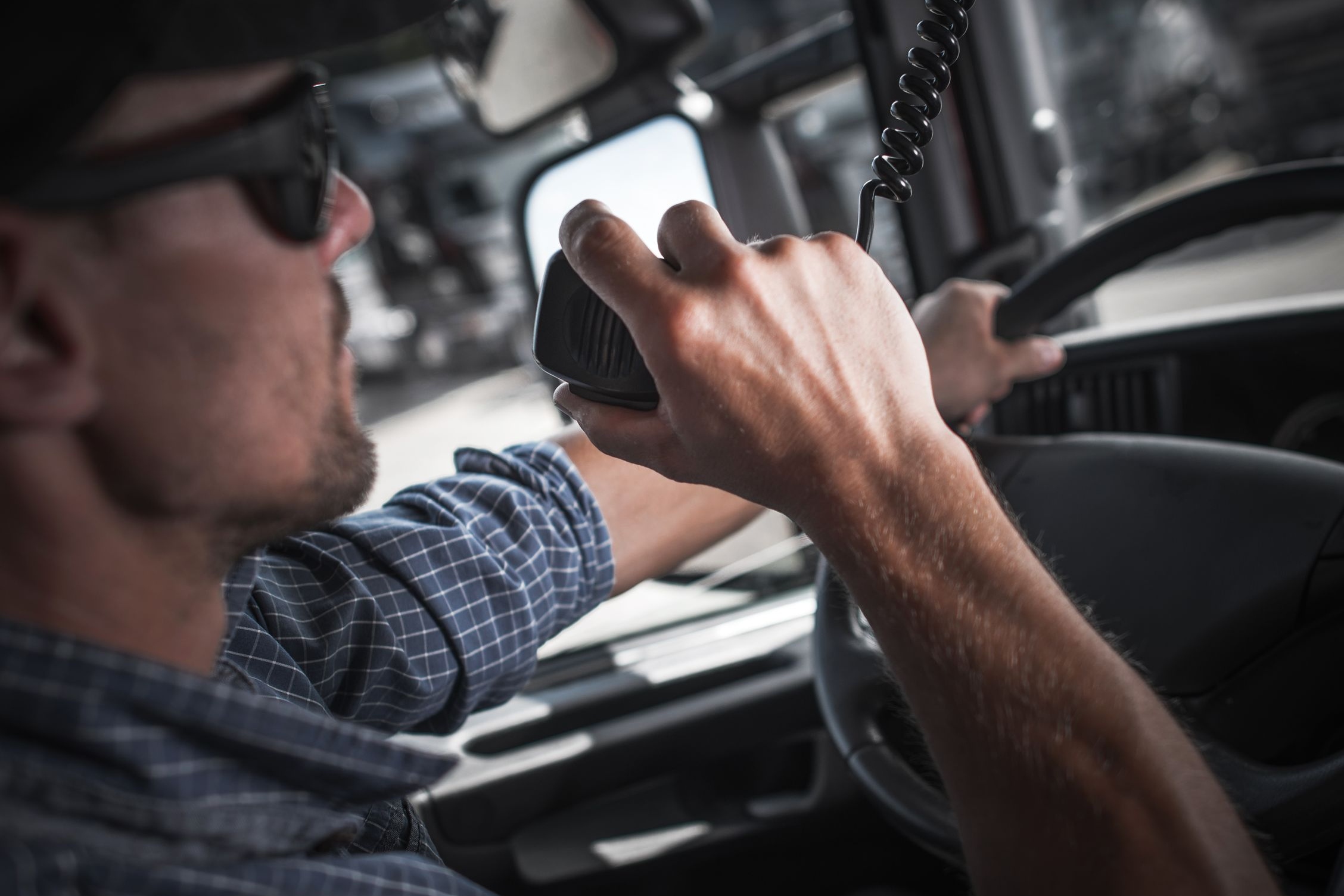 Despite a growing number of other technological advancements in trucking, CB radio has relatively remained the same. The way we communicate via CB has also stayed consistent, which is why it’s important that we go over some proper CB radio etiquette.

CB radio operates on 40 shared channels. While all truckers are encouraged to use this form of communication, there are some stipulations. The most important rule of CB radio has to do with safety. Officially speaking, Channel 9 is the CB radio emergency channel. If you have trouble remembering this number, you can think of 911. Both of these communication channels operate in similar ways. Just like 911, channel 9 should only be used for emergencies and travel assistance. No exceptions. Other channels can also act as a CB radio emergency channel. Drivers should give priority to all emergency messages. A driver may not have time to switch over to channel 9, so they might another channel to call for help. You should always be listening for emergency messages on all channels.

We all know this person. You’re talking to your buddies and some guy just can’t stop interrupting everybody. Whether it’s a corny joke or a story they’ve told for the hundredth time, this person has no problem butting into the conversation. Don’t be this person on the CB radio. If there is a conversation already in progress, wait for a break in the chatter to speak. Remember that there can often be multiple people on the line talking to one another. One of the most annoying breaches in CB radio etiquette is when the new guy decides to hop on his radio and blabber about his new seats or how terrible the coffee was at the last truck stop. If it’s an emergency, then yes, interrupt them. Or, you could switch to the CB radio emergency channel. But, when in doubt, keep quiet until it’s your turn to speak.

Another big mistake that truckers make when it comes to CB radio etiquette is that they overuse or underuse lingo. You’ll want to brush up on your lingo to make sure you can communicate correctly and can understand other drivers. Someone may ask, “Got your ears on?” This is just another way of asking if you’ve got your CB radio on. You might even hear some animal-related terms. An “alligator” is a big piece of blown tire that’s been spotted on the road and a “lot lizard,” is well…we’ll let you look that one up or ask a fellow trucker.

While it’s okay to use a few words, make sure you don’t overdo it. Just like the guy that likes to use big words to let everyone know how smart he is, you also don’t want to use lingo every other word. We get it, you’re a trucker that has a CB radio. It’s not like you’re the only one on the airwaves.

At the end of the day, just think of CB radio etiquette like the manners that you use during face to face conversations. Know the appropriate channels, don’t interrupt people, and use lingo properly. And of course, remember that channel 9 is the official CB radio emergency channel. If you follow these tips, you’ll get the hang of it in no time!

BONUS: The Death of the CB Radio and Other Ways Truckin’ is Changin’

Do you have any other CB radio etiquette tips? If you do, share them with us in the comments below!