Posted By Hit The Road Jack on Jan 09 | 0 comments

In an industry dedicated to safety and efficiency, anything to reduce crashes on U.S. roadways is usually welcomed with open arms. Recent years have provided all sorts of new technologies to advance the trucking industry and keep drivers on the highways. We’ve looked at all sorts of new devices and vehicles, everything from artificial intelligence to autonomous trucks running on clean energy sources. Now, a recent Notice of Proposed Rulemaking by the U.S. Department of Transportation will advance the deployment of V2V technology to build safer public roadways.

Issued in early December of last year, the proposed rule will focus on enabling widespread usage of vehicle-to-vehicle (V2V) communication technologies. Mostly, the Notice of Proposed Rulemaking seeks to make V2V devices standard in all new light-duty vehicles before introducing the technology in most, if not all commercial vehicles of every size. 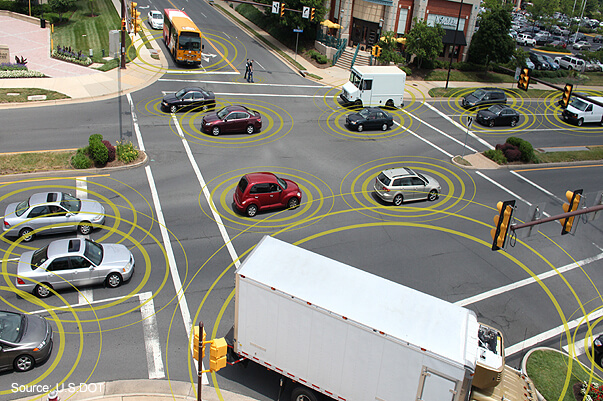 The goal is to offer a multitude of applications serving to reduce hundreds of thousands of crashes by helping vehicles communicate with each other wirelessly and in a standardized way. Unlike other new industry technologies like self-driving trucks which threaten to put humans out of work, V2V technologies represent a positive new advancement that’s only likely to help drivers as a whole.

In an official statement, U.S. Transportation Secretary, Anthony Foxx had this to say about V2V rulemaking:

“We are carrying the ball as far as we can to realize the potential of transportation technology to save lives…This long-promised V2V rule is the next step in that progression.”

This comes after announcing nearly two years ago that the Department of Transportation would begin accelerating the development of these technologies. Meanwhile, the Department’s National Highway Traffic Safety Administration (NHTSA) would begin work on the rulemaking to develop a comprehensive approach to implementing this technology on an industry-wide scale.

The Goal of V2V Technology

So what exactly is V2V technology looking to accomplish? Essentially, this includes dedicated short range communications (DSRC) to transmit data, such as the location, direction, and speed of nearby vehicles and other objects. This information is then transmitted to other vehicles in order help drivers identify risks and avoid otherwise imminent crashes. Eventually, this technology could be adapted to provide emergency braking and adaptive cruise control features, allowing automation to provide greater safety across the board. 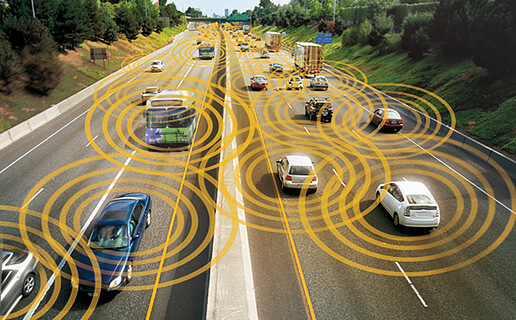 With real-time information addressing additional crash situations, safety concerns, and evaluating the quality of surrounding driver actions, V2V technologies can serve a great number of drivers, including non-professional vehicles. The next steps are to craft the appropriate rules around how this technology is to function, what its standards shall be, and how it can be practically implemented in commercial vehicles. Other concerns are over the privacy of the information shared, with rules to focus on the protection of individual information and a wide range of security controls built into each device.

The second part of making sure V2V technologies are implemented successfully is building an infrastructure of communications to maintain support of devices across the country. NHTSA Administrator, Mark Rosekind called the technology “the silver bullet in saving lives on our roadways,” stating that “V2V and automated vehicle technologies each hold great potential to make our roads safer, and when combined, their potential is untold.”