Catching Cliques in the Trucking Industry

Posted By Hit The Road Jack on Feb 12 | 0 comments

Alright, we’ve all seen it – the video went viral, and the veteran driver faced the consequences when he was fired within 24 hours of rudely refusing to help out a rookie. If you haven’t seen it, long story short – a new driver asks a driver with a lot of experience to pull up a little a bit so that he can more easily maneuver his own truck. Shockingly, the veteran driver not only refuses, but also verbally abuses the newbie, while explaining that he doesn’t help out truckers that drive for certain companies.

Upon research, I’ve found that that’s not all that uncommon. While this man’s obscene ignorance isn’t exactly typical of the trucking industry, a lot of people have reported being the victim, and some claim to be to the culprit.

If we think of the word “clique” in terms of high school, we might relate it to a lot of negative thoughts, or even memories, but a clique doesn’t have to be a bad thing. A lot of drivers simply think of it as relating to other drivers like themselves, whether they group together by freight type, driver type or by the company they work for. After all, some drivers just connect better with other drivers that are similar, right?

So yes, some drivers may group together, but who’s to say that just because a driver identifies himself or herself with a certain freight type or company, that they won’t stop to help a fellow truck driver out? 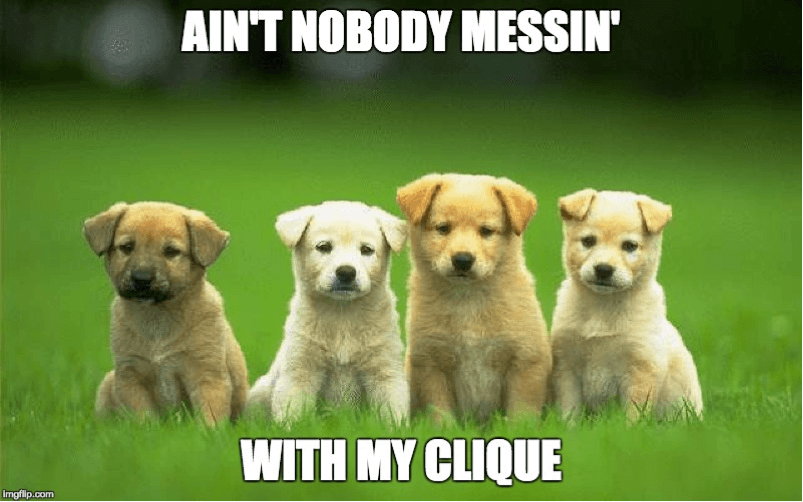 The anti-clique argument is typically supported by those that have a negative view of the word, or even a cruddy past experience related to a clique. These are the drivers that wave to everyone, but might not get a wave back from those that are driving for certain companies or driving a certain freight type. Actually, some new drivers even report their trainers shaming them for waving to or acknowledging other drivers for one reason or another. 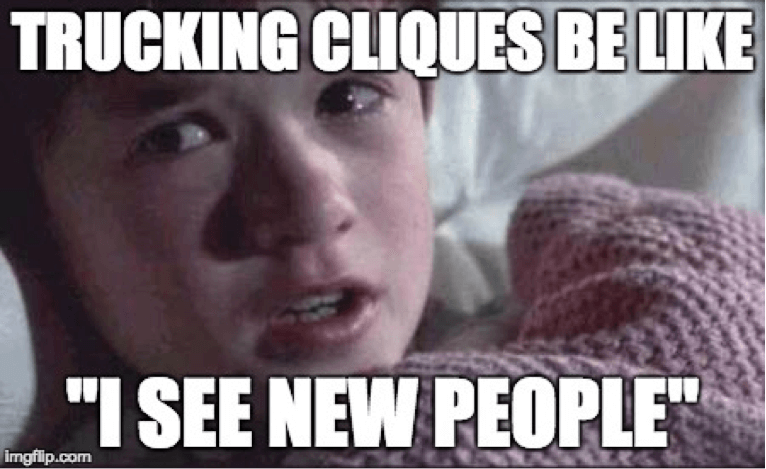 What do you think?

It’s hard to imagine truck drivers disrespecting one another, based on the fact that they often consider themselves one large family, and almost always set aside their differences in times of need, but have cliques in the trucking industry gone too far?

Do you choose to take a back road when it comes to cliques in the trucking industry, or do you think the closeness of certain groups of drivers is justified? Comment with your opinion below!