Posted By Hit The Road Jack on Mar 02 | 0 comments

In a recent segment from our first episode of Big Rig Banter, a trucking podcast covering industry topics and news, we posed the question: Who would make a better commercial driver when it came to Batman vs. Superman?

Of course, it’s something that keeps us all up at night, endless hypothetical situations playing over and over in our mind’s eye. But what seems like an obvious comic book pairing is strangely applicable to the trucking industry! Each hero has their own set of logistic roadblocks, their super strengths and weaknesses, and just like real life, the debate centers on who is a better investment for transportation companies in terms of experience, liability, and reliability… with the caveat of alien superpowers and millions of dollars held in Wayne Enterprises. 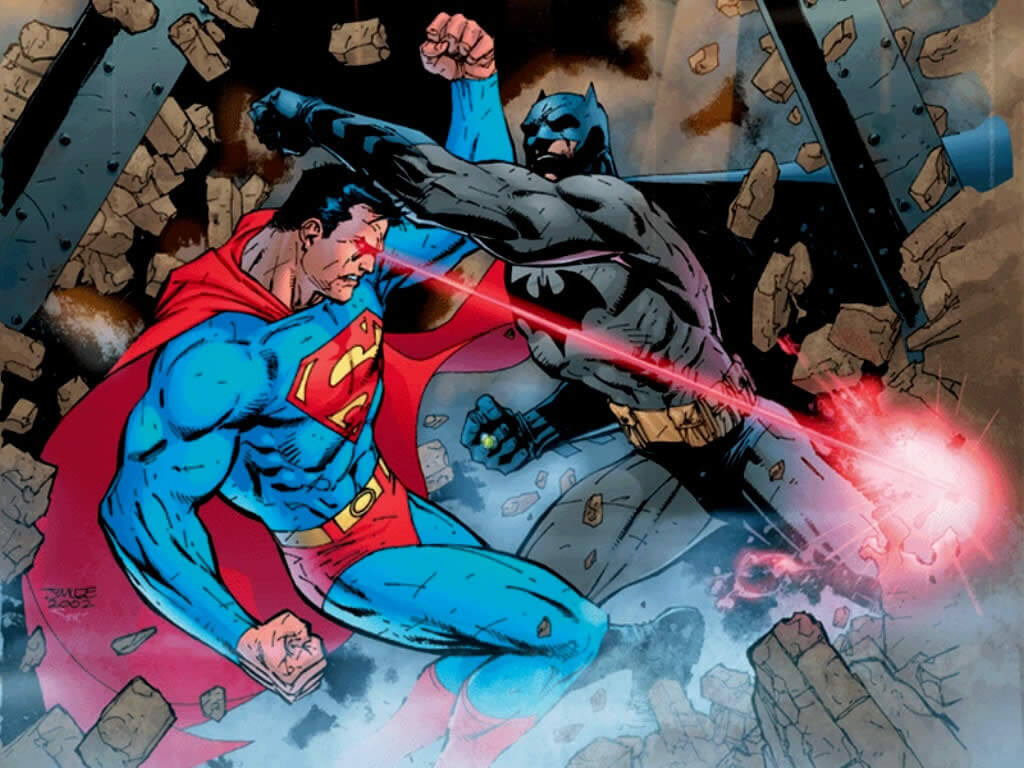 Batman Vs. Superman: AlltruckJobs Weighs in

We asked just about everyone in the office who they think would dominate commercial driving between the Dark Knight and the Man of Steel and the results were split nearly 50-50. You’d think that competition between a super rich orphan and a freakishly strong extraterrestrial would make the choice over who should transport your company’s tons of freight an obvious one — but not for AllTruckJobs.com! If we had to interview each caped protector of innocence the decision wouldn’t come easily. Now, arguments are in and we need your help to make the final call!

From the Streets of Gotham to the Open Road?

According to Troy Diffenderfer, Marketing Specialist:

First off, I think Batman is not only a superior driver but a superior businessman in general. His ability to self-fund his trucking venture through Wayne Enterprises will allow him the freedom to transport any load he desires. Secondly, does Superman even have a license? Also, what does his experience as a reporter have to do with his skills behind the wheel? Batman routinely showcases his driving skills while hunting down villains in the bat mobile. Big deal, so what if superman can fly? If we’re talking logistics, batman could easily put together an army of drones that would put Amazon out of business. We’re talking about the best DRIVER. 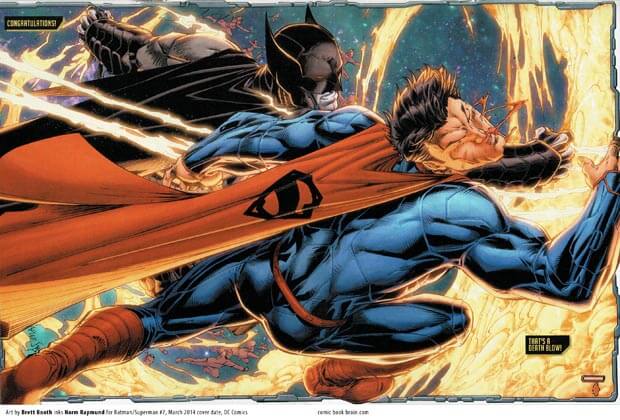 He has another planet to save, and what if he happens to be hauling Kryptonite? It’s safe to say that he won’t be hauling that anytime soon. Although Batman may not have the superpowers that Superman has, he has the resources, intelligence, and ingenuity to be a superior truck driver. It’s time to hang up that cape Superman and truck it back to Krypton where you belong.

According to Connor Smith, Marketing Specialist:

Firstly, the guy has the strength of a god, and if we’re going with All-Star Superman here that means he can lift over two hundred billion tons — so right there he’s already apt to move well over the annual 10.4 billion tons of annual freight in the U.S. But you know, I’m a nice guy so I’ll go easy on that fact for the sake of this argument.

Right from the very beginning, Clark Kent grew up on a farm so he’s undoubtedly got the strong work ethic and experience that comes with the agricultural industry. Beyond this, Superman is just a morally superior character to Batman, only in it to save humanity without expecting much, if anything in return. On the other hand, Bruce Wayne’s constant sense of inner conflict calmed only by generating more profit or fiercely beating criminals within an inch of their life… doesn’t seem like he’d make a good cultural fit for most trucking companies. 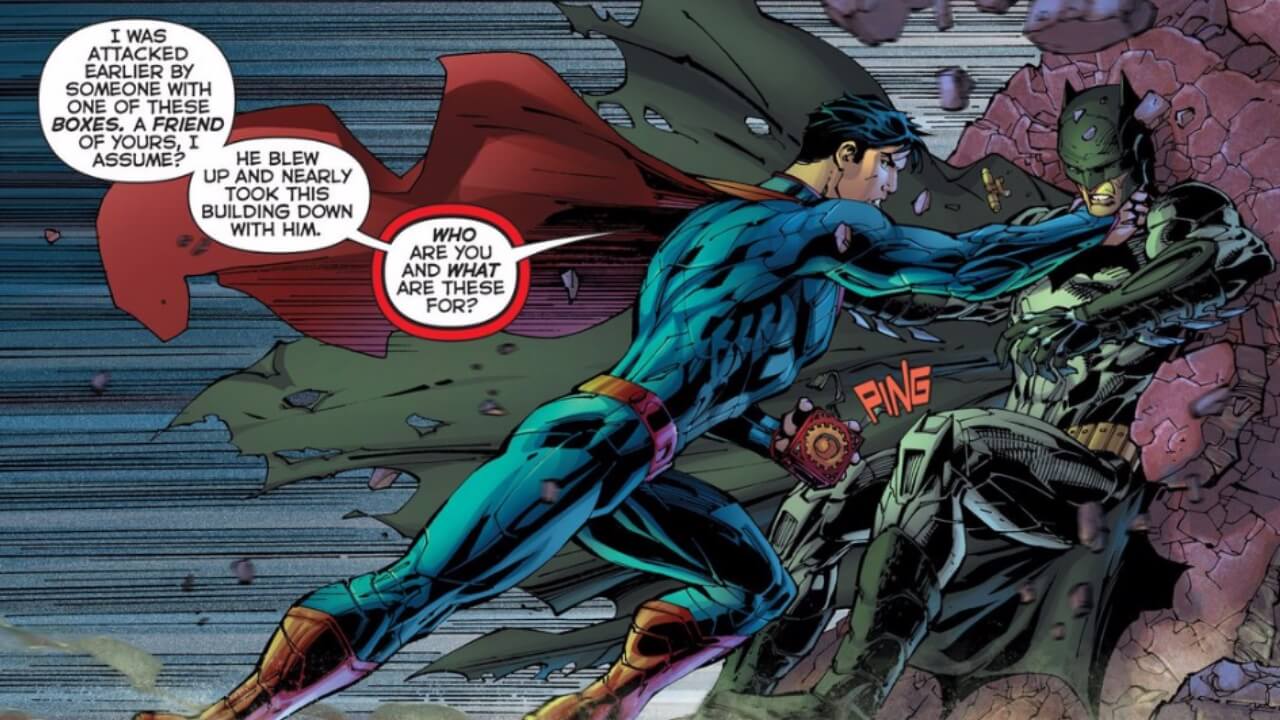 So now the really fun part — Got icy roads? Laser vision. Bridge is out? The dude can fly! He’s even got X-ray vision to see when there’s some unsavory cargo or criminal activity afoot.  Better yet, he doesn’t even need to sleep, so say goodbye to driver fatigue and struggling to find a rest stop to post up for the night!

His only drawback? He’d be an absolute nightmare for the current driver shortage, poised to reach 100,000 needed drivers by the end of 2017. Sure, he’d put almost every driver out of business, but at the same time he’s only one (super) man responsible for all shipping in the country — both an advantage and a setback. Still, I stand by my decision that the Man of Steel is the right candidate for the job when it comes to pairing Batman Vs. Superman. Oh and he’s basically immortal so he’s basically worth hundreds of Batmans. POW!

Your take on the Batman Vs. Superman Argument?

So each side has made their argument and now it’s your turn to tell us who’d make the better trucker! Find us on Twitter @AlltruckjobsUSA or on Facebook to make your case for your superhero pick. Be sure to listen to our latest podcast on BigRigBanter.com for unique takes on industry topics, news, and more!