This past weekend, an Indiana trucker lost his marbles. No, I don’t mean that he got cut off in traffic and took road rage to a whole new level. He literally lost his marbles, all 38,000 pounds of them. In Indiana’s state capital, a truck heading southbound on interstate 465 skidded off the road and overturned. Spilling out were nearly 20 tons of marbles. Luckily, there were no injuries, but traffic was backed up after one lane was shut down for a portion of the time. This isn’t the first of crazy cargo spills, and it certainly won’t be the last. From chickens to ramen noodles, cargo spills happen. Let’s look at some of the most notable spills in recent history. 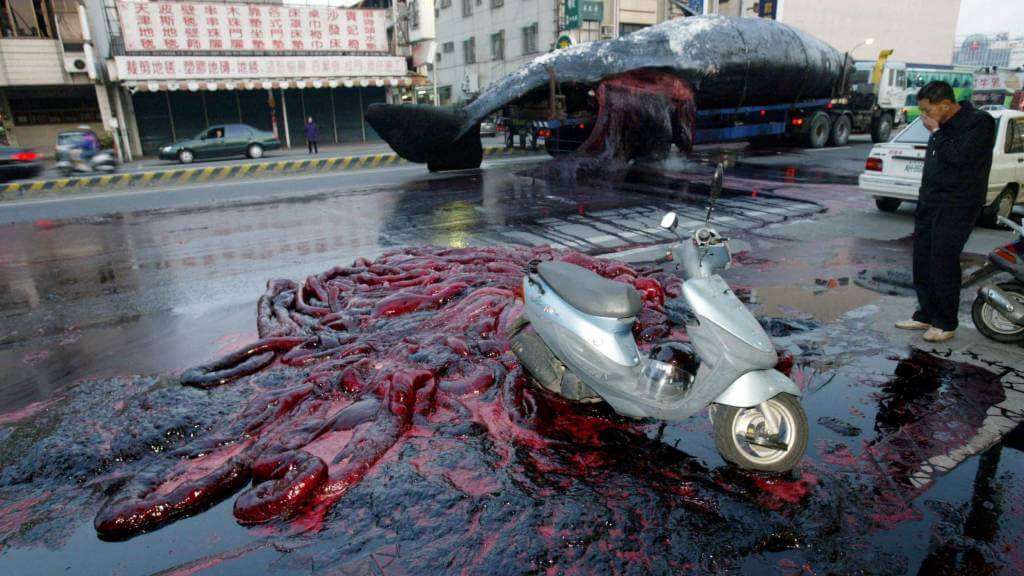 900 bottles of beer on the wall…more like 2,184 cases of beer on a Canadian highway. A Molson truck carrying some alcoholic cargo overturned in Mississauga, Ontario. A woman swerved into the beer truck, causing it to overturn and spill thousands of gallons of beer onto the roadway. Luckily, all parties were unharmed and the driver of the truck was fortunately not drinking his cargo at the time.

Perfect for a Wisconsin tailgate party, 40,000 pounds of sausage overturned in Sheboygan, Wisconsin. Although they’re known for cheese, Wisconsin residents were abruptly halted by the massive amount of meat products. After some cleanup, travelers were able to head on their way and the sausage was, unfortunately, unable to be salvaged.

Speaking of fresh meat, 2,200 piglets were released onto an Ohio interstate as the truck carrying them overturned. Amazingly, almost all piglets were able to me recaptured by authorities and the pigs that did manage to escape went on the lead a life of crime as outlaw hogs.

A sweet cream spill quickly turned sour when a tanker carrying 6,000 gallons worth of the coffee additive was spilled onto a Utah roadway. The tanker caught on fire and would eventually overturn on the roadway, leaving the road smelling sweet and many caffeine addicts mourning.

Yes, you read that correctly. In Taiwan, officials were transporting a beached whale for an autopsy when the unexpected happened. The city of Tainan looked like a horror-movie after the 56-foot mammoth exploded after gasses built up in the body of the mammal. A flood of whale guts ensued, creating one of the most unpleasant cargo spills.

A Utah truck carrying 35,000 explosives overturned on a major highway. Luckily, both drivers were able to escape in time, but that didn’t the stop the detonation of the explosives, creating a crater that was 30 feet deep and 70 feet wide. It also damaged road barriers, guardrails, and train tracks during the explosion.

Ironically, no Rocky Road flavor was spilled when in 2011 Edy’s Ice Cream truck spilled over 40,000 pounds onto an Indiana roadway. It took six hours to clean up the various gallons of vanilla, chocolate, and caramel praline crunch among other flavors. Luckily, no banana splits were made and nobody was harmed during the accident.

One of the most uncomfortable cargo spills, an Idaho truck overturned on a highway, spilling an estimated 14 million bees. A truck was hauling the bees from California to North Dakota when the driver veered off onto the shoulder, tipping more than 400 hive boxes and honey. Crews worked for two days before removing all the honey from the roadway, and many workers were pestered and stung by the bees during cleanup.

A fishy situation arose in Northern Ireland when a truck full of Mackerel overturned and dumped its cargo into a farmer’s field. The fish would be removed after a few days but unfortunately, the farmer was forced to deal with the smell for days after.

A doughnut dump was officially underway in Illinois when a truck carrying a variety of baked goods overturned. The accident left 20 tons of food, including chocolate cake, doughnuts, and cinnamon rolls, strewn all over the highway. Authorities were forced to close the road for seven-and-a-half hours while they cleaned up the mess.