Posted By Hit The Road Jack on Mar 29 | 0 comments

Technology is everyone’s favorite pandora’s box — each development forever changing professional landscapes for better or worse. When it comes to trucking, many long-time drivers are “just fine, thanks” with the existing diesel rigs they’ve been driving for generations. That reality is quickly changing with self-driving trucks from Uber and many similar competitors.

Self-Driving Trucks from Uber | The Rundown

In early March 2018, the infamous ride-hailing company, Uber began shipping freight via their self-driving trucks within the state of Arizona. Meanwhile, the company’s self-driving cars made headlines after striking and killing a pedestrian. Needless to acknowledge, neigh sayers are having their “I told you so moment” for now. Still, it’s inevitable that these technologies will march onward in their progression to wide-spread industry implementation. Here’s what we know so far:

Through their freight-hauling app, these self-driving trucks from Uber can be scheduled for shipments. Right now, only intrastate shipments are possible despite the company’s desire to expand these services nationwide. The whole process goes a little something like this:

Self-driving trucks from Uber utilize a transfer hub model, which actually leaves room for human drivers and additional jobs to be created — at least in the short term. First, the shipper logs onto the app and finds a participating driver in a conventional long-haul truck. This trucker then picks up the freight and makes a short-haul trip to one of Uber’s transfer hubs. Here they are met by self-driving trucks from Uber and the load is handed off.

For the time being, Uber’s self-driving trucks require the supervision of an Uber-employed safety driver who acts as a failsafe. Otherwise, the vehicle heads for the highway where it functions in cooperation with its many cameras, sensors, and computing equipment.

Once the self-driving truck is near the end of its route, the vehicle pulls into a second Uber transfer hub to meet a different human trucker. This trucker also just dropped off another short-haul load and the cycle continues…

Uber Trucks in Mirror are Closer Than They Appear…

At the moment, Uber hasn’t revealed how many trucks they’re operating, the number of miles driven, types of goods, or even the amount of autonomous deliveries made. Still, according to Uber’s Advanced Technology Group, it’s known that these types of vehicles have collectively driven over 2 million miles so far. 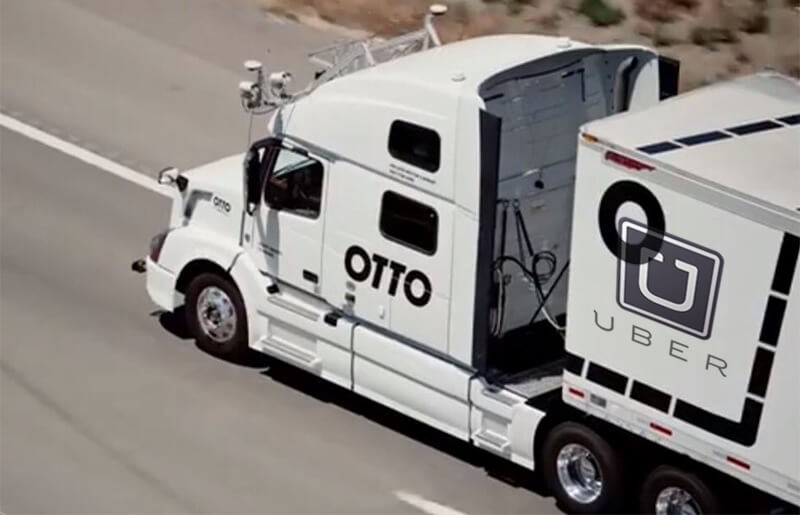 Ultimately, the company’s goal is to have truckers making continual short-haul runs while their self-driving vehicles handle most of the lengthy and monotonous highway driving.

Since Uber’s purchase of a trucking brokerage called 4Front Logistics in early 2017, their intentions have been clear — hand trucking over to computerized fleets for the most optimized transportation experience possible. Although it’s been said that the trucking industry is fractured in terms of its national logistics, Uber is taking a $70 billion stab at it anyway…

However, self-driving trucks from Uber aren’t the only vehicles in the game! Since late 2017, the startup Embark has been successfully shipping refrigerators between California and Texas. They’ve also recently completed a coast-to-coast haul from LA to Jacksonville, Florida which totaled 2,400 miles driven autonomously. 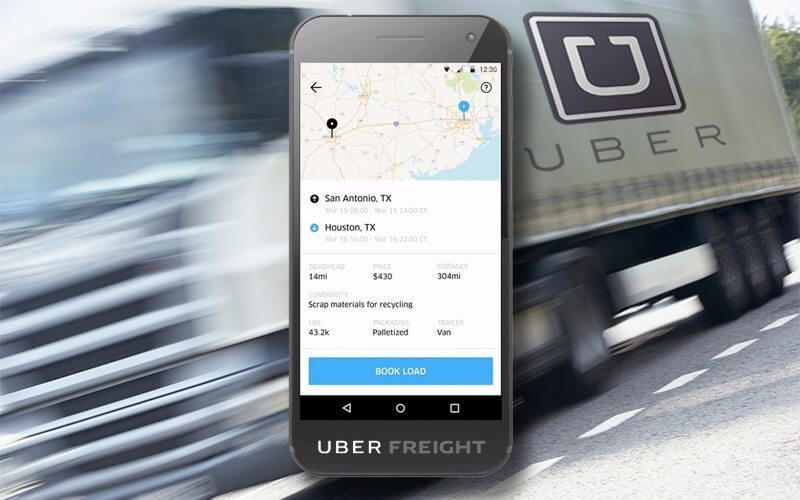 Nonetheless, all of these companies face the significant challenges of owning, maintaining, and managing fleets of incredibly expensive self-driving trucks along with the regular industry difficulties. It’s not a current reality, but self-driving trucks from Uber and many other companies are “closer than they appear.” For now, these companies will need to work out the significant safety concerns before there’s truly no turning back. The most optimistic perspective is that these computerized trucks will make trucking jobs accessible to more people than ever before. At the same time, this could easily go the other way and render the American trucker obsolete entirely…

What are your thoughts on self-driving trucks from Uber? Leave your comments below!