Posted By Hit The Road Jack on Nov 19 | 0 comments

Salena Lettera is a female owner-operator and author of her own blog, SalenaLettera.com. She was kind enough to share her personal experience as a female in a male-dominated field. 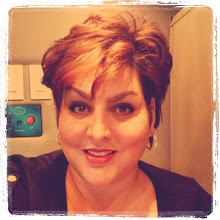 “It seems [female truck drivers] have been getting more attention over the years and more of them are making themselves known – like Allie Knight with her videos – and more women have been considering this as a career choice. When I went to trucking school my instructor – who had 40 years of driving experience – told me that women truck driver were easier to teach and better at driving than men were. Duh. Haven’t we always known that? LOL. I often try to sell the truck driving industry to women I know. I’ve been trying to get one of my friends into it for years – she’s single, her son is over 18, and I think she’d love being free of the confines of an office. She also has the personality for it.

I love this job, it’s one of the best I’ve ever had. With that being said, I think my experience might be quite a bit different than that of other women drivers. First, I’m part of a team. Second, I immediately went into being an owner-operator. Third, I’ve never had to spend time with a trainer. And fourth, I’m not a company driver who’s limits are regularly pushed. I’m not dealing with shippers and receivers alone, I’m not sitting in my truck in a parking lot alone, I’m not worrying about how to fix a broken headlight, or throwing chains in winter weather, and I’m not worrying about getting anywhere without running out of hours because there’s always another person to pick up the slack. I’ve always had someone right here to answer my questions and show me the ropes on a daily basis. I have zero stress. (Well, except when I have to deal with less than competent people who make my part of the job more challenging.)

My experiences out here as a woman have always been favorable. I interact easily with other people, I’ve never felt disrespected (well, except for that one time in Canada when another driver made a lewd gesture towards me), and for the most part I feel the men are nice and willing to help. They’re not always quick to hold the door open (don’t get that) but they do often offer their assistance. One time I had three guys come to my aid when I popped an air line turning around in a parking lot. My boyfriend was sleeping and as I got out of the truck, these guys approached offering to help. I wasn’t even sure what had happened, but they must have been sitting in their trucks and saw what happened and quickly took care of it. Another time I was stopped for a taillight that was out – same situation, my boyfriend was sleeping while I was driving – and the cop let me go with a warning saying, “There’s a truckstop up the road, just go have that fixed.” It was an easy fix – just pop a bulb in – but he didn’t ticket me and didn’t give me any hassle.

I am always impressed by the women who do it alone. To me, they’re cool. And I think the industry is realizing that their contribution is valuable and embrace the idea of more women getting into this field. But I’m still waiting to see a mani-pedi place in a truckstop! 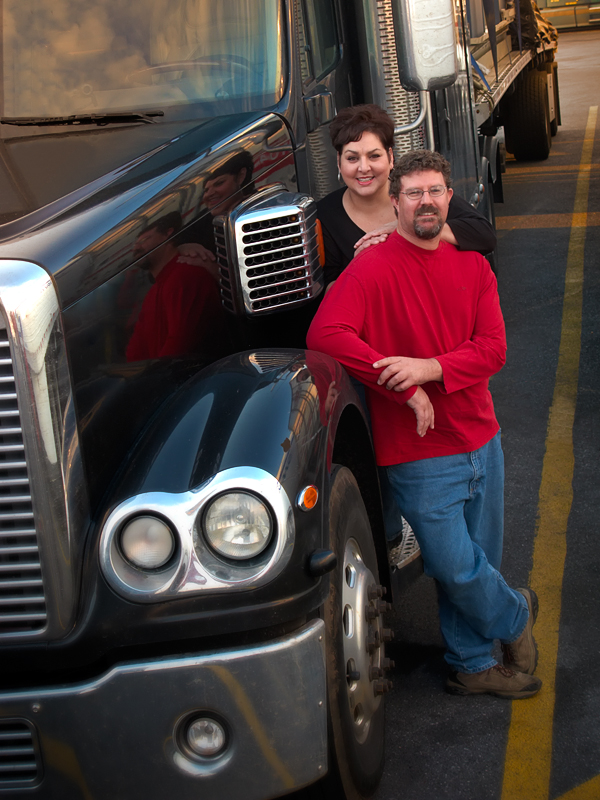 In addition to her blog, you can follow Salena’s travels on Twitter and read her articles that have been published on the Guardian.