Human Trafficking in the Trucking Industry 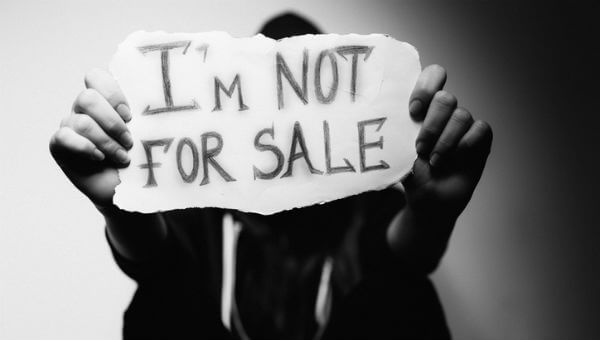 One of the worst parts about human trafficking in the trucking industry is that in many cases, truckers are involved. While it’s hard to imagine that someone in your industry could be involved in something so heinous, many truckers are aware of what they’re hauling, and they often get paid a substantial amount for their unfortunate cargo. Financially, human trafficking is big business for criminals. It is an activity that is worth over $30 billion a year. Often, truckers are charged between $40 to $80 for an encounter with a victim. Because girls are required to meet a quota that may range up to $1,000 a night, they may be forced to have sex with as many as 15 truckers or more in a night. Whether it’s transporting victims of human trafficking, or soliciting them, there are large portions of truckers who are involved in running the industry. Despite that, there are many truckers who are taking action with organizations like TAT to prevent human trafficking in the trucking industry from continuing. These truckers have gained valuable information on human trafficking and as a result are making an effort to help stop the problem, by looking out for signs of human trafficking.

While it may seem that human trafficking in the trucking industry is just too big to stop, there has actually been significant progress in combatting the issue. On a large scale, a handful of legislative has been passed to focus on the human trafficking issue. Numerous local and state agencies have been established to help fight all aspects of human trafficking, including the sex trafficking at truck stops. On a Federal level, there have also been numerous laws established that are designed to help victims of trafficking. In 2000 Congress passed the Trafficking Victims Protection Act (TVPA). This law focuses on the international aspect of trafficking through public awareness, protection, and prosecution. In 2003, the PROTECT Act of 2003 was established to protect children from sexual exploitation. Section 7202 of the Intelligence Reform and Terrorism Prevention Act of 2004 addresses human trafficking and the smuggling of aliens in addition to terrorist travel, which will also help prevent any major issues. On a lower scale, there are a variety of ways that truckers can remain vigilant when looking for signs of human trafficking. Keep an eye out for young children loitering around truck stops, or truckers that seem to be using code words, or asking if there are any younger companions around. It’s also a good idea to consider taking a course online that will help you to identify when a possible sex trafficking incident is taking place.

Want to learn more about the human trafficking issue? Keep an eye out for next month’s podcast on Big Rig Banter.