Since returning from the Great American Trucking Show in Dallas, TX, I’ve had a hard time finding the words to collectively describe the group of people I met. As a first-timer, I wasn’t quite sure what to expect. What I didn’t expect was to leave with a deeper, more personal admiration for the trucking industry than I’ve ever had before. From the men who proudly showed me their rigs on the Pride and Polish show floor to the women finding their niche in trucking, everyone I talked to left me smiling. Here are my top 10 highlights from GATS 2018, in no particular order…

1. Everyone was so friendly!

I still can’t get over how friendly everyone at GATS was. People were so excited to be there, and it was almost like that feeling you get on the first day of school when you’re reunited with all of your friends after a summer break. So much to catch up on! There are people laughing and hugging and the energy in the room is contagious. Everyone was more than willing to chat with me as I walked around fielding interviews for AllTruckJobs’ podcast, BigRigBanter. I met some amazing people, from Sue at Operation Roger to James Bell, a finalist for the rookie driver of the year competition. 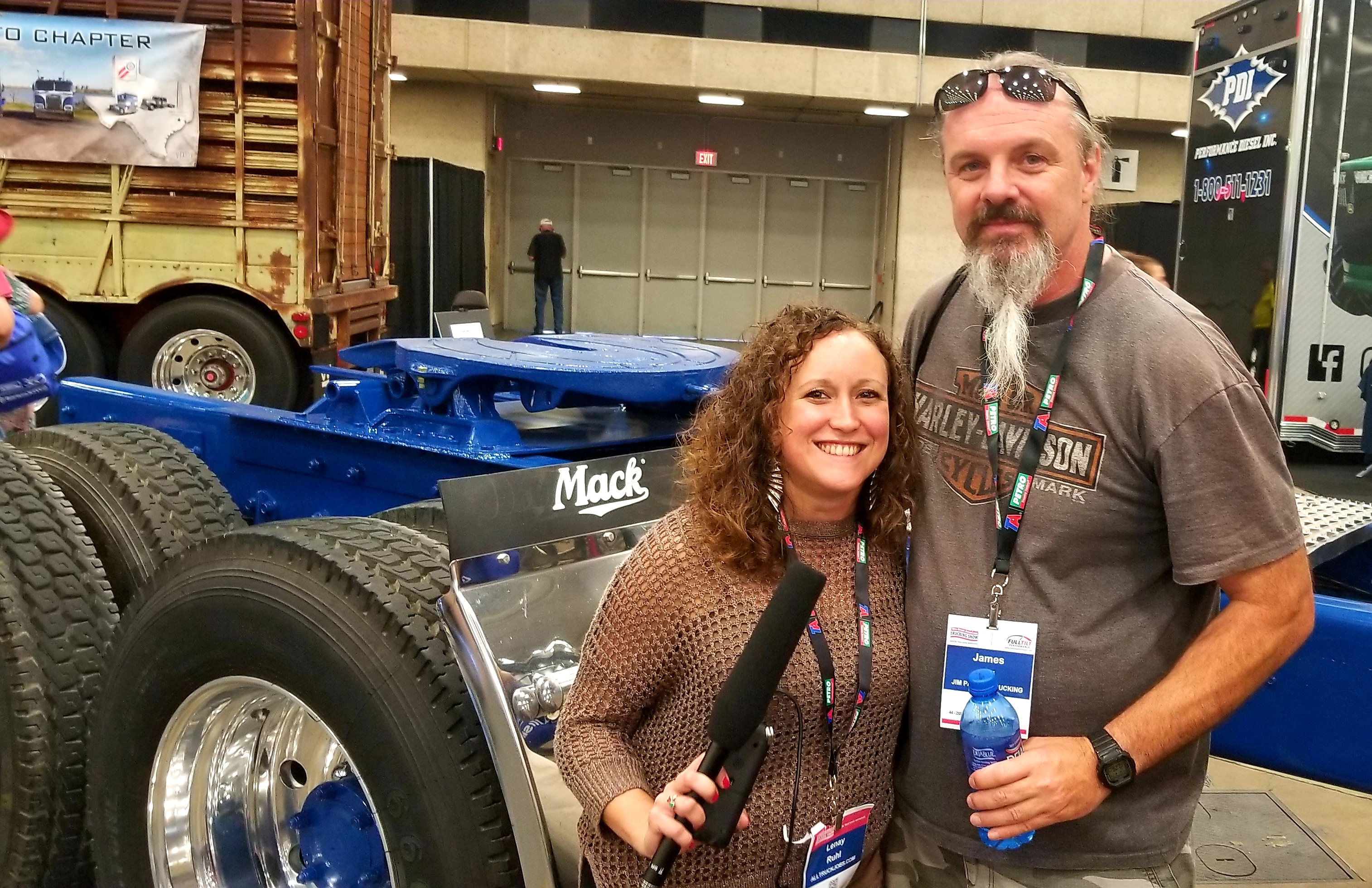 I feel like you can’t write a summary of GATS without mentioning the buttery, salty, caramel, delicious popcorn scent wafting through the air. It’s the first thing you smell when you step into the tradeshow. If you had the self-control to not buy popcorn while you were at GATS, kudos to you. Don’t make the same mistake next year… it’s on point!

Once I heard there was going to be a trucker talent show at the event, I knew I couldn’t miss it. And talk about talent! I was blown away not only by the fact that every contestant was a singer-songwriter presenting original work, but that the songs were catchy and meaningful. I was surprised there weren’t more people watching the talent show – you all missed out! My personal favorite was the winner – Mandi Jo Pinheiro. She sang a song called “heartbeat” and won $1,000 from Red Eye Radio, who hosted the show. Here’s a video of her song that I found on YouTube. Enjoy!

After suffering through an exceptionally rainy summer in the northeast, the big, blue Texas sky was a sight to see. Sunshine every single day, and man was it hot! Yet I feel like the bright weather helped set the tone for the energy at GATS. After a full day of interviewing people at the show, I’d return to the hotel with my coworkers, and we’d lounge by the pool with a refreshing beverage. Nothing like a little R&R to reward you after a long day on your feet.

You know you’re in Texas when even your Uber driver is driving a pick-up truck. That’s right. Aside from the fact that there were plenty of boots and hats at the trade show, there were other things throughout the weekend that screamed Texas. Trucks. Country music. Fried chicken… I personally had to wear my Nashville-purchased cowgirl boots for the occasion.

Members of AllTruckJobs in downtown Dallas. From the left: Brett, Tara, Sean, Kayla, Lenay (me!), Margaret, and Oliver.

6. How can you say no to a sweet old man in a cowboy hat?

Speaking of cowboy hats. I had a hard time saying no to all of the vendors at the trade show who were looking for people to participate in their competitions. However, I especially had a soft spot for the sweet old men in cowboy hats. Although no one was wearing a hat at AllTruckJobs’ booth, we luckily found a few people who were willing to enter our competition for a $200 Amazon gift card. We’ll be announcing the winner on Sept. 5, so make sure you tune into BigRigBanter!

I have to say, not only did GATS 2018 give me a new appreciation for the trucking industry as a whole, but it also revealed to me that big rigs are sexy. For those who were in Dallas – did you see all of those shiny trucks on the Pride and Polish floor? They make for better selfies than the bathroom mirror. 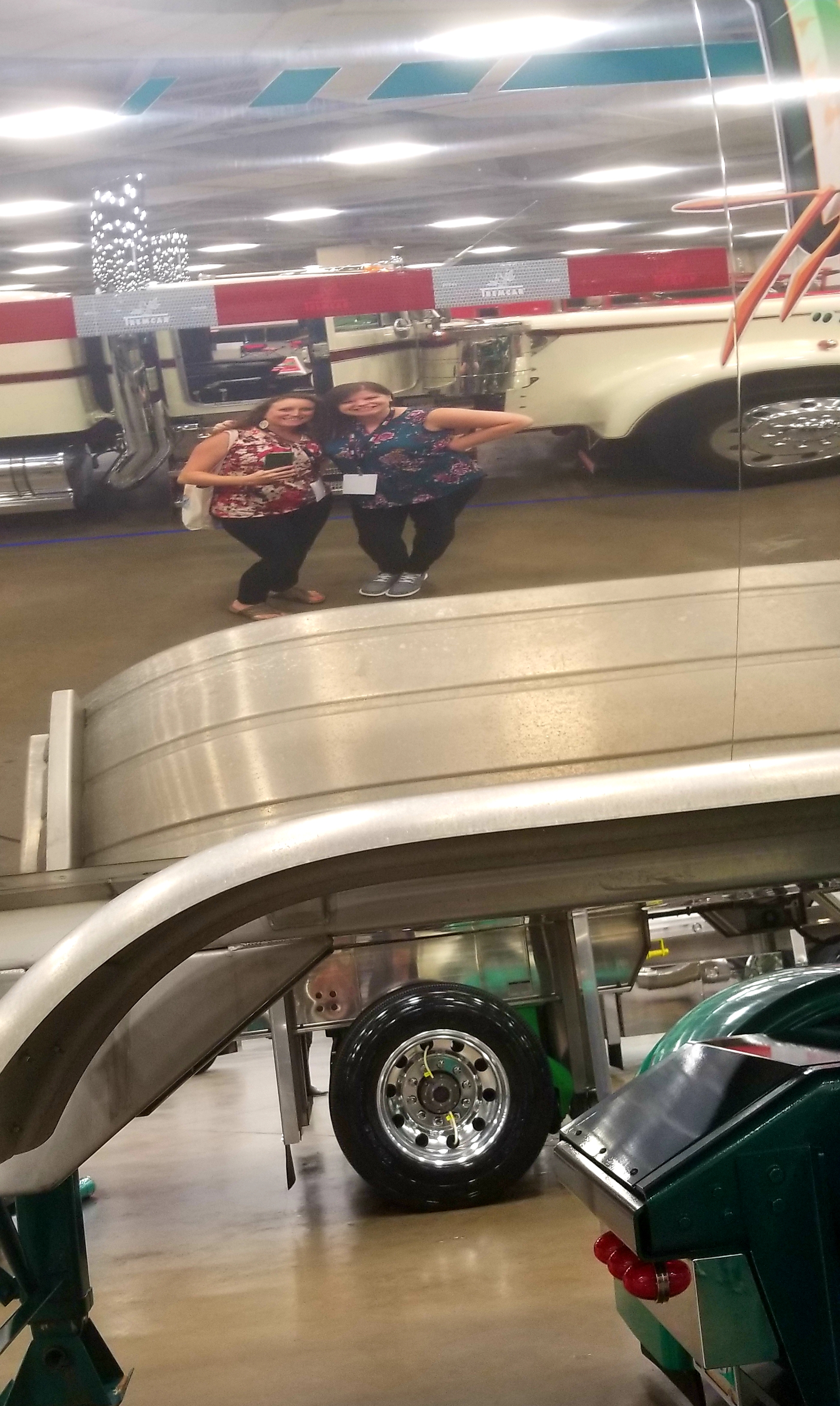 8. People have heard of BigRigBanter!

I was thrilled to discover that even though it was BigRigBanter’s first year at GATS, people heard of it! Can you believe it? People actually listen to our baby podcast recorded in good, old Lancaster, Pennsylvania. What a cool thing it was to hear compliments on our coverage of the trucking industry from strangers.

There was so much free stuff at GATS! From the awesome flashlights that we were handing out to CDs and air fresheners for your truck, people who came to GATS for the give-a-ways sure made out.

Last but not least, one of my favorite parts of GATS was the Truckers Against Trafficking trailer. The organization, which educates and trains drivers on how to identify human trafficking, has a trailer every year that lets you walk through a personalized experience of what it’s like to be trafficked. It’s essentially a museum to honor the people who survived being trafficked and are brave enough to share their stories. There’s a shirt someone wore while being trafficked, stories of women giving birth to babies in prison, and warning signs on how to identify trafficking.

There you have it – my summary of GATS 2018. It’s almost impossible to describe it, but as I said to a coworker who couldn’t be there:

“The energy at GATS is hard to describe. The attendees are all so excited to be surrounded by other people in their industry. There’s so much information, free giveaways, and lots of cowboy hats.”

Were you in Dallas? In the comments below, tell us about your favorite moments!