“Why Do Truckers Honk at Me?” 5 Pet Peeves While Driving

Home » Road Rules » “Why Do Truckers Honk at Me?” 5 Pet Peeves While Driving

Now, before we get into the wide range of frustrations that come with commercial driving, it’s important to note that safety is always a top priority! That said, as a professional driver you’re probably well aware of the rules of the road, and your pet peeves while driving are a result of years of dealing with numbskulls… or being one yourself!

But seriously, while it’s okay to poke fun at fellow drivers and those pesky “four-wheelers” that drive around, we’ll try to address some solutions for both sides. So, let’s get to it!

One of the top results Google automatically suggests is “why do truckers honk at me,” meaning there are either lots of horrible passenger vehicle drivers or unruly commercial drivers… or both! Sadly, no one is the perfect, infallible being they think themselves to be, meaning we’ve got to look at what makes people search for this so often.

Ask almost anyone and they’ll tell you that space management and following distance on the road are some of the most frustrating (and dangerous) pet peeves while driving. It could be cars cutting in front of your truck right before a red light, speeding up to pass you to make an exit, or just driving way too close for comfort. While it seems like these things would be common sense, it’s just simply not the case!

Cars need to remember that a fully loaded semi-truck and trailer has about 50-65% less braking efficiency compared to passenger vehicles… So, they need double the stopping distance! In most cases, commercial drivers will probably just curse you out from inside the cab or maybe you’ll get a firm honk coming your way. But, it’s never okay to antagonize anyone by swerving, tailgating, or any other dangerous behavior. It’s really not worth losing your job or injuring someone!

For some reason, certain passenger vehicle drivers feel like they can just speed up alongside semi-trucks when they’re about to make a right turn. This is one of the major pet peeves while driving for most truckers! Given that we drive on the right side of the road in the U.S., making right turns requires extra care and space in order to be successful. Believe me, despite what you see in the Fast and Furious movies, your Prius is not going to fit underneath a big rig. So, don’t kid yourself! 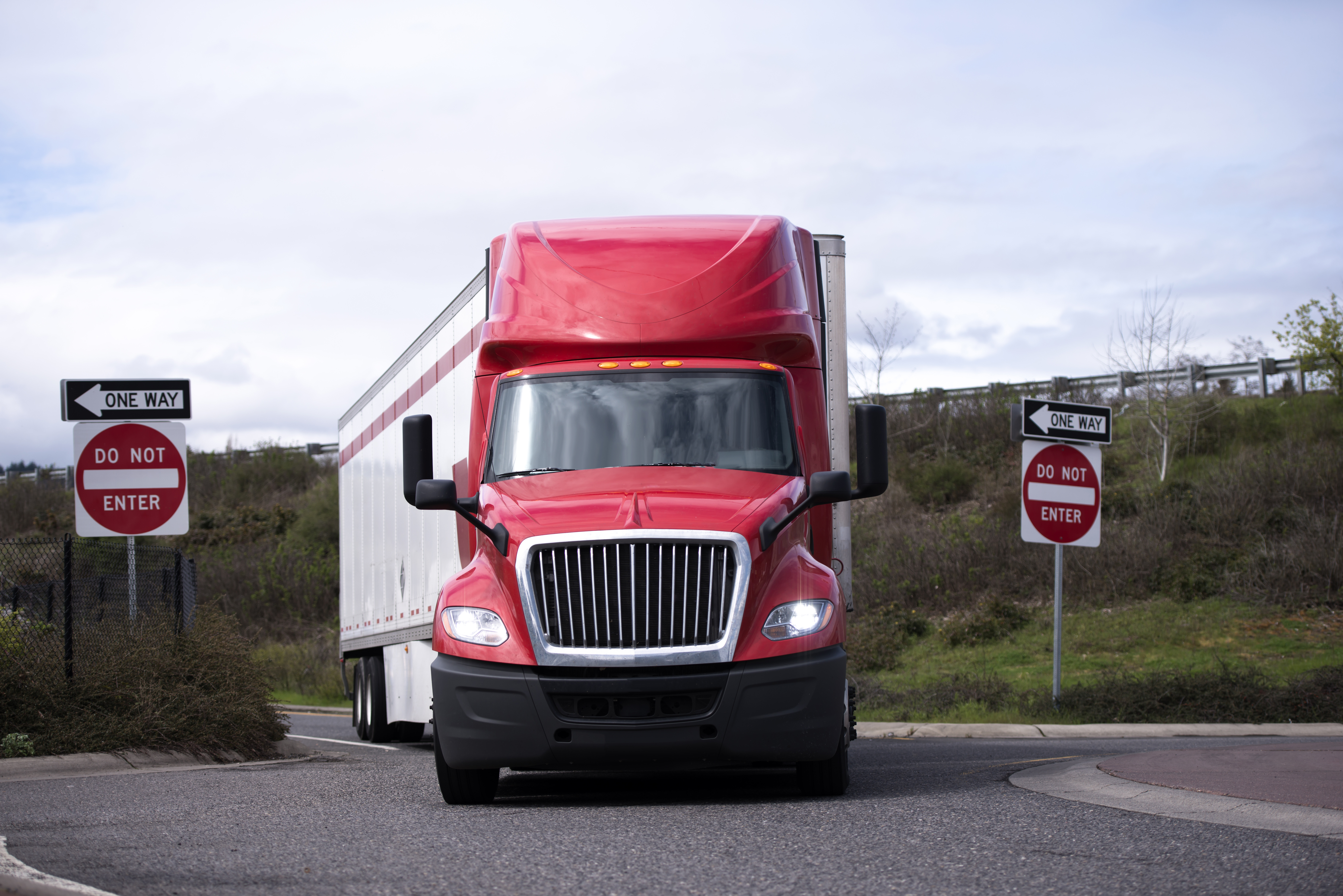 Although it’s not always the case, drivers need to mind those thick white stopping lines at intersections. After all, they allow commercial drivers can make their turns effectively. If you’re in a passenger vehicle on roads that lack the proper paint and a semi is turning, don’t panic! Put your hazard lights on to warn others and slowly reverse. This will help to create enough space. It’s a simple solution that can avoid more complications than necessary!

3. Hogging Up the Passing Lane

Is sounds a little counter-intuitive, but many accidents actually occur when drivers are moving at the same speed in both lanes rather than allowing faster drivers to pass on the left. We get it. There are some instances that require all traffic to slow down to a similar speed. But, generally speaking, a healthy flow should allow as much dynamic space as possible.

Whether you’re on the commercial or passenger vehicle side of things, it’s important to remember that driving in the left lane means you have a responsibility to keep things moving. If you can’t handle this responsibility, move over so that others to pass. It’s that simple! Don’t play into these pet peeves while driving.

4. Keep Your Trash To Yourself!

Despite all the anti-litter campaigns and boy scout outings to keep roadways tidy, drivers must also do their part to avoid dirtying up the roadways with trash. How hard is it to keep your food wrappers and soda bottles from flying out open windows and doors, people?! Beyond being unsightly and dangerous to wildlife, excessive litter at state rest stops and other public locations can cause areas like these to be closed or neglected further. This is all because people don’t feel like they are worth it. You can stop this from happening by disposing of your trash properly!

It’s also important to mention that littering can incur some serious fines depending on where you are in the country! Next time you feel like flinging that McDonald’s bag out of your vehicle, just think of it as a bag of money instead. That ought to change the perspective a little!

This is perhaps the most basic driving safety measure in the book. That being said, it’s amazing how many drivers refuse to use their turning signals! The movement of vehicles on the road can be difficult to predict as it is. But, without the courtesy of communicating your next lane change or turn, it’s just pure lunacy! There is absolutely no excuse for not pulling a plastic lever down before turning. This is one of the pet peeves while driving that almost everyone can sympathize with… except you lazy no turn-signal types. You don’t want to be that guy, do you?

If you liked our list, be sure to check out our video version of pet peeves while driving!

Now, we want to hear from you! What do other drivers do that really just grinds your gears? Let us know in the comments below! Make sure you share this post with your friends to get their input, too.