Recognizing and Avoiding Aggression on the Road

Home » Regulations » Recognizing and Avoiding Aggression on the Road

Posted By Hit The Road Jack on Feb 26 | 0 comments

Recognizing and Avoiding Aggression on the Road
5 1 vote

If you’re anything like me, you love good news; like hearing about deserving people that have won the lottery, or shelter animals being adopted, or even just general acts of kindness. In my opinion, good news is something we hear pretty regularly in the trucking industry. Now, you may be rolling your eyes at that, but you can’t deny that it’s pretty common to hear about heroic truckers doing something amazing, or people banding together to help out a driver in need. But lately, all of this good news has shifted to story upon story about accidents involving truck drivers. So, why have truck drivers been involved in so many accidents lately?

Well, call me biased, but I’m realizing that these accidents typically have little to do with the truck, and are usually the fault of the little sedan weaving in and out of traffic, or the SUV that blew by a yield sign, underestimating the speed of the truck. So, what motivates these passenger car drivers to do the things they do? As dumb as some of these actions seem, and as many bad names as we’d like to call them, the aggression that seems to be fueling that little sedan’s bold moves could actually stem from fear. 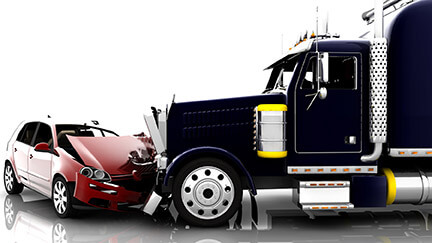 What Causes the Fear of Trucks & Why It’s Dangerous

Whether it’s the size, speed or mere presence of a large vehicle, most people are scared of driving near trucks on the highway. There are many theories as to why driving near trucks is terrifying for some, but it really could just be instinct. Think of an animal in a dangerous situation, such as realizing a predator is nearby, and how irrational they begin to act. These irrational actions often cost them their lives. Similarly, when a passenger car driver is driving next to a truck, they get spooked, and either speed up past the truck, or slam on their brakes to drop back behind the truck – both of these actions are irrational, dangerous and often lead to accidents.

If the fear of trucks isn’t instinctual, we can definitely argue that it’s taught. Many drivers, from the time they are practicing for their license, are taught to stay away from trucks, rather than being taught how to drive safely around a truck. This knowledge leads drivers to become frightened when they’re driving next to a large vehicle, and they panic, rather than simply being mindful of the truck’s movements and the other vehicles around them.

Considering it’s difficult to avoid instinctual actions, and it’s hard to “unteach” something, is it really possible to avert these fearful and aggressive drivers? Well, some situations are unavoidable, but there are definitely ways to limit your encounters with aggressive drivers.

How to Recognize Aggression 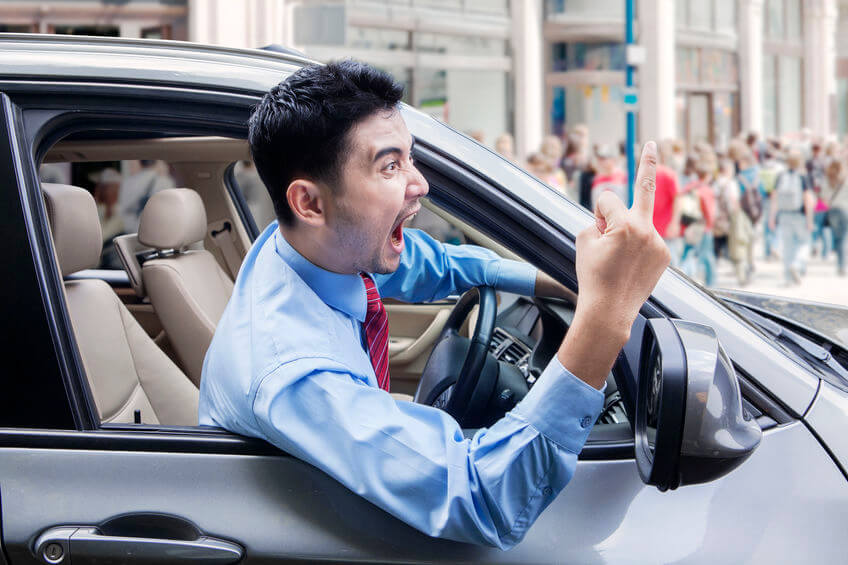 The more experience a driver gains on the road, the more he or she will realize that A LOT of people have issues with aggressive driving, whether or not the situation involves a large truck. But the good news is that there are ways to recognize these drivers, which can ultimately help us all avoid them. Here are a few bulletproof ways to avoid aggressive drivers:

Drivers with habits like those listed above are responsible for a lot of accidents that otherwise could have been avoided, so to ensure your safety, keep a distance from these drivers when possible.

The Importance of Recognizing Aggression in Yourself

As much as we want to believe it’s always the other driver’s fault… it’s not. Sometimes we, too, do things that might hinder, or at least annoy, other drivers. For example, sometimes we NEED to merge, and despite the fact that we realize there’s someone in the lane beside us, we merge anyway, knowing that they’ll brake or speed up as necessary. It’s important for truck drivers to keep these potentially unsafe acts to a minimum, which will help prevent frustration and aggression in themselves and those driving around them.

When an issue occurs that isn’t the truck driver’s fault, it’s important that they remain calm and patient. Sure, take a minute to cuss them out in your head, but after that, don’t let the feelings of aggression fester. Let it go and move on. Why ruin a perfect driving record because of someone else’s stupidity?

Drivers should continue to do their best to drive safely, keep appropriate distance from other vehicles, don’t speed or tailgate, never merge without looking, and their best to steer clear of aggressive or unpredictable drivers. After all, the trucking industry doesn’t need anymore tragic accidents.