Posted By Hit The Road Jack on Sep 01 | 4 comments

Jonda Williams was married to a truck driver that went missing in early 2012. Upon this OTR driver’s disappearance, Jonda immediately contacted police who simply told her to “wait it out.” However, when she hadn’t heard from her loved one in days, which was not in his character at all, she knew there needed to be more done to find him.

“Mark always told [Jonda] that if there ever was a problem, to get a hold of me. I’d know what to do. I posted it on my Facebook wall that I needed help ASAP looking for Mark. Kari Fisher being one of my friends, saw it and we got together sharing and posting for find Mark.” said Beth Howells, a friend of Jonda Williams.

And she did. Fisher posted the missing driver alert online through her personal page as well as her “Share the Road Page Discussion Group.”  Before long, hundreds of drivers were also sharing the information with their friends.

Unfortunately, in this case, it was too late for Mark Williams. He was found deceased after his truck was discovered at a truck stop in Tuscaloosa, Alabama. However, from tragedy flourished something positive and the beginning of the Missing Truck Driver Alert Network (MTDAN.) 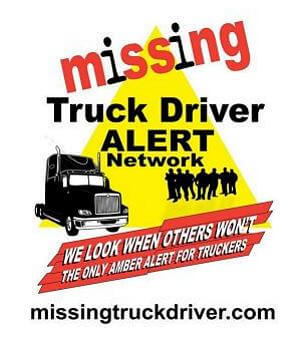 “Drivers go missing for many reasons. Often, it’s just a bad cellular area. Although, once one up and left his family and moved to the Philippine Islands. Others have committed suicide or have gotten murdered,” said Fisher, “To date, we have posted 26 alerts this year. Of course, we encounter people looking for an old flame or the driver simply isn’t answering his phone because he’s fighting with his significant other.”

When a missing driver report is given to MTDAN a poster is made and shared on Facebook and twitter. They rely heavily on the eyes of drivers to watch for a truck of a missing driver.

“If we know where a driver has loaded/unloaded a destination, we begin looking for possible routes. With the use of a truck stop guide book and truck stop apps, phone calls are placed to truck stops and we request the lot to be searched,” said Fisher.

Fisher told AllTruckJobs.com in an email that once a driver was found after a company he drove for refused to acknowledge he was even missing. However, he had failed to contact his fiance and was later found deceased. Apparently, that company used Qual-comm and that particular drivers was not working.

“People can contribute to the mission by sharing fliers, printing them and posting them in their area truck stop, and being our eyes and ears where they are located,” said Dawn Miller, a woman whose brother-in-law was found through the organization’s efforts. Miller now works together with the Missing Truck Driver Alert Network members. 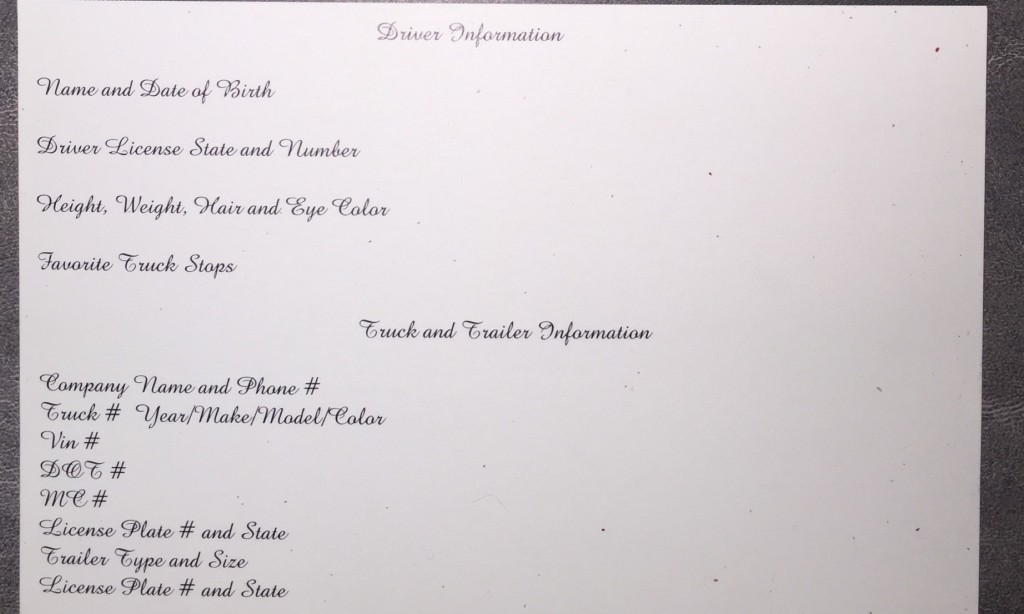 MTDAN is funded almost exclusively from personal financing from Kari Fisher and her husband, Lee for their promotional materials. All other support is 100% on a volunteer basis right now. However MTDAN is in the process of working a budget and a way to take donations to obtain a 501(c)(3) as a nonprofit organization.

“I think MTDAN is slowly making a difference and creating awareness. The shares are overwhelming. People don’t understand the lifestyle and sacrifices drivers make. All we have out here is each other,”said Fisher.

Unless you or someone you know closely in your life makes a living driving over the road, there’s not a huge level of understanding for the risks that come along with this lifestyle. Being alone for long periods of time can be dangerous and it’s important for groups like this to come together to make sure that every measure is taken when a driver goes missing to find them.

Currently, there are over 48,000 likes on their Facebook page. Plus, they are likely to see over 100,000 views on each missing driver report.