Posted By Hit The Road Jack on Jan 18 | 0 comments

Truckers are some of the most prolific YouTubers out there — including you! Even if you aren’t the vlogging type, constantly capturing dash cam footage means you can upload any wild and crazy things you see on the road. Sure, you’ll probably drive thousands of miles without filming something out of the ordinary, but you never know! A quick Google search reveals hundreds of crazy trucker dash cam videos, but here are some we found:

Note: These crazy trucker dash cam videos do show serious traffic incidents so keep that in mind and learn what you can from these driving mistakes! 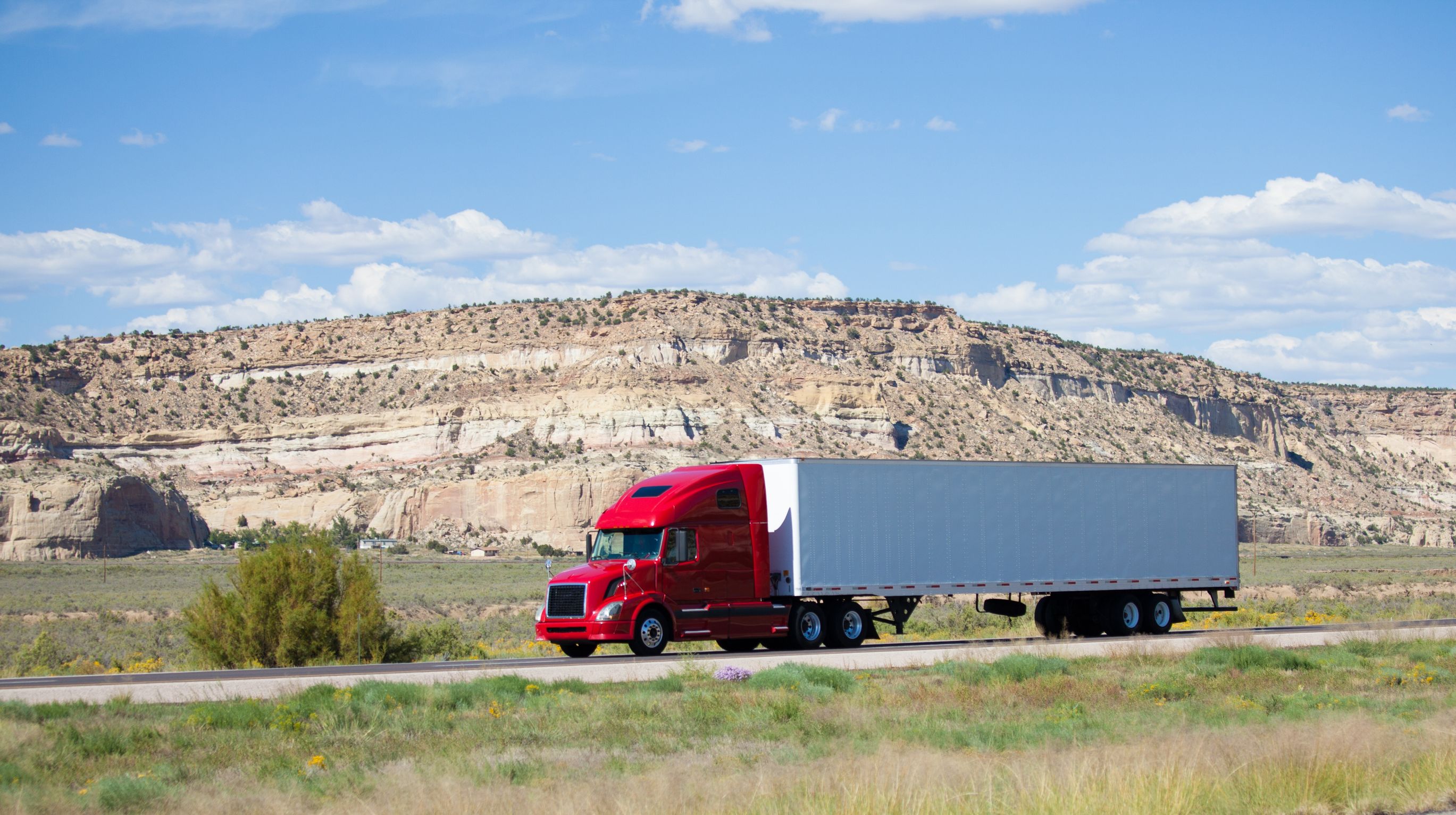 1. Driver Slows Down and… SLAM

Although it’s not from an actual truck dash cam, this video was recorded by a Park Hills Police Department cruiser and shows some serious slick weather! As we power through the winter here in the northern hemisphere, it’s important to remember safe driving habits. This video shows a driver sliding after spotting the police officer — slowing down just to slam right into the front of the car! This is a great example of how not to drive when black ice is an issue. Slamming on the brakes quickly can cause your momentum to overtake your ability to control the vehicle. Let’s take a look:

PRO TIP: Don’t brake on black ice when you see the cops!

Posted by AccuWeather on Tuesday, January 16, 2018

2. Truck Rolls Onto Its Side…

You never know when a simple collision will cause massive damage, and this video is a perfect example of that. Driving at a healthy speed, this trucker is cruising in the passing lane when a work truck merges just in time to cause this semi to totally lose it. Without these crazy trucker dash cam videos, we’d never know exactly how an accident occurred. Obviously the merging driver is at fault, despite this semi taking the brunt of the damage. This is just another example of how important it is to heed your “objects in mirror are closer than they appear” warnings.

Once again, non-commercial drivers have a hard time remembering that semi-trucks have much greater stopping distances! This video is pretty intense and shows quite a shocking incident. As this commercial driver is trucking down the highway with a clear path, one van makes the wrong decision. The glorified 4-wheeler attempts an ill-advised u-turn just in time for the semi truck to smash into the driver’s side door. At this speed, it’s likely that the driver was seriously injured. Again, merging into lanes remains a significant safety concern for all types of drivers. Check your mirrors, mind your yield signs, and be weary of semi-truck stopping distances!

Windy conditions are often thought of as invisible hazards, although they are very real for truckers! Driving through such a flat landscape like Wyoming means wind speeds turn semi-truck trailers into sails. At full speed, a truck’s momentum is hard to control once a dangerous gust rocks the entire vehicle. As you’ll see in this video, a cop car gets completely crushed when this driver loses control! Always remember to take notice of high wind advisories and reduce your speed accordingly. Luckily, no one was hurt even though this clip looks pretty morbid:

This event occurred on February 7th near Elk Mountain, Wyoming on Interstate 80. Three Wyoming State Troopers were on scene providing care for motorists who were involved in previous crashes. Because of this, thankfully, all Troopers were out of their patrol cars assisting others and were not injured. We are also thankful the two occupants in the truck were not injured as well. All we ask is that you please follow high wind advisories and closures when you are traveling in our great state. Even if you plan to travel at reduced speeds. Hopefully this video illustrates why. #DriveSafeWyoming

In our final video captured in the early morning, this truck hauling hay doesn’t quite get the angle right around the bend. What starts as a subtle lean quickly results in a full rollover! The truck tips over, slamming onto the highway and slides across the entire 3-lane highway as sparks fly before getting sliced by the cement barrier. This video is a reminder that even very minute miscalculations can result in a massive accident! Staying mindful of speed, road conditions, and the proper turning techniques help drivers avoid similar situations.

Again, accidents happen in the blink of an eye. It’s difficult, but remaining calm and maintaining as much control of a vehicle as possible helps to minimize damage. Always be mindful of other drivers and their awareness of your truck’s position and speed while driving. Even the best commercial drivers can’t avoid the stupidity and carelessness of non-truckers!

What Are The Benefits of Getting a Dash Cam?

1. Capture what REALLY happened in an accident

The biggest benefit to having a dash cam is that it captures what actually went down in an accident. Although like the crazy trucker dash cam videos captured above, the dash cam catches some entertaining moments on film, it goes beyond amusing content. If you are in an accident or are witness to one, the dash cam can act as proof for who is at fault and exactly what happened to cause the accident.

There are many helpful features in a dash cam, such as a built-in GPS. It also allows your carrier to see where you’re at on your route, which can be helpful if you run into any issues on the road.

Like mentioned above, the dash cam can allow carriers to watch your route and make sure you are complying to all the rules. Some don’t see this as a benefit…

I know it’s hard to believe, but some people try to cause accidents on purpose to falsely accuse someone else and collect money. The dash cam can help you avoid any attempts at fraud against you.

Tips for Buying a Dash Cam

Make sure you shop around and do your research before you purchase a dash cam. You want to make sure you’re getting the best quality for the money you’re putting out.

Make a list of what features you want so that you’re not settling for a dash cam that doesn’t have all of the features you want. You don’t want to invest in something that offers less than what you wanted, and then you cannot use it for your intended purpose. If video quality is important to you, make sure you take that into consideration.

3. Make sure it fits with your vehicle

Look into the installation directions for a dash cam so that you know it can easily be installed in your rig. They’re not all the same! Some are easier than others and some stay put better than others.

Lastly, consider your budget. Make sure you’re expectations for dash cam features match what you can actually afford. Shop within your means.

Do you have any questions or comments about crazy trucker dash cam videos or on investing in your own dash cam? Comment below!