Posted By Hit The Road Jack on Oct 10 | 0 comments

With all the talk of modern technology and the ways that transportation is evolving, the conversation quickly enters the realm of fuel alternatives to gasoline. Even though semi trucks run just fine on diesel fuels at the moment, there are still lots of people and companies searching for what’s to come next. It’s hard to ignore the fact that technology is shaping the way transportation and the trucking industry carry out business as usual, whether it’s ELDs or self-driving vehicles. Realistically, alternative fuel sources are an equal part of this equation for the future of commercial driving. 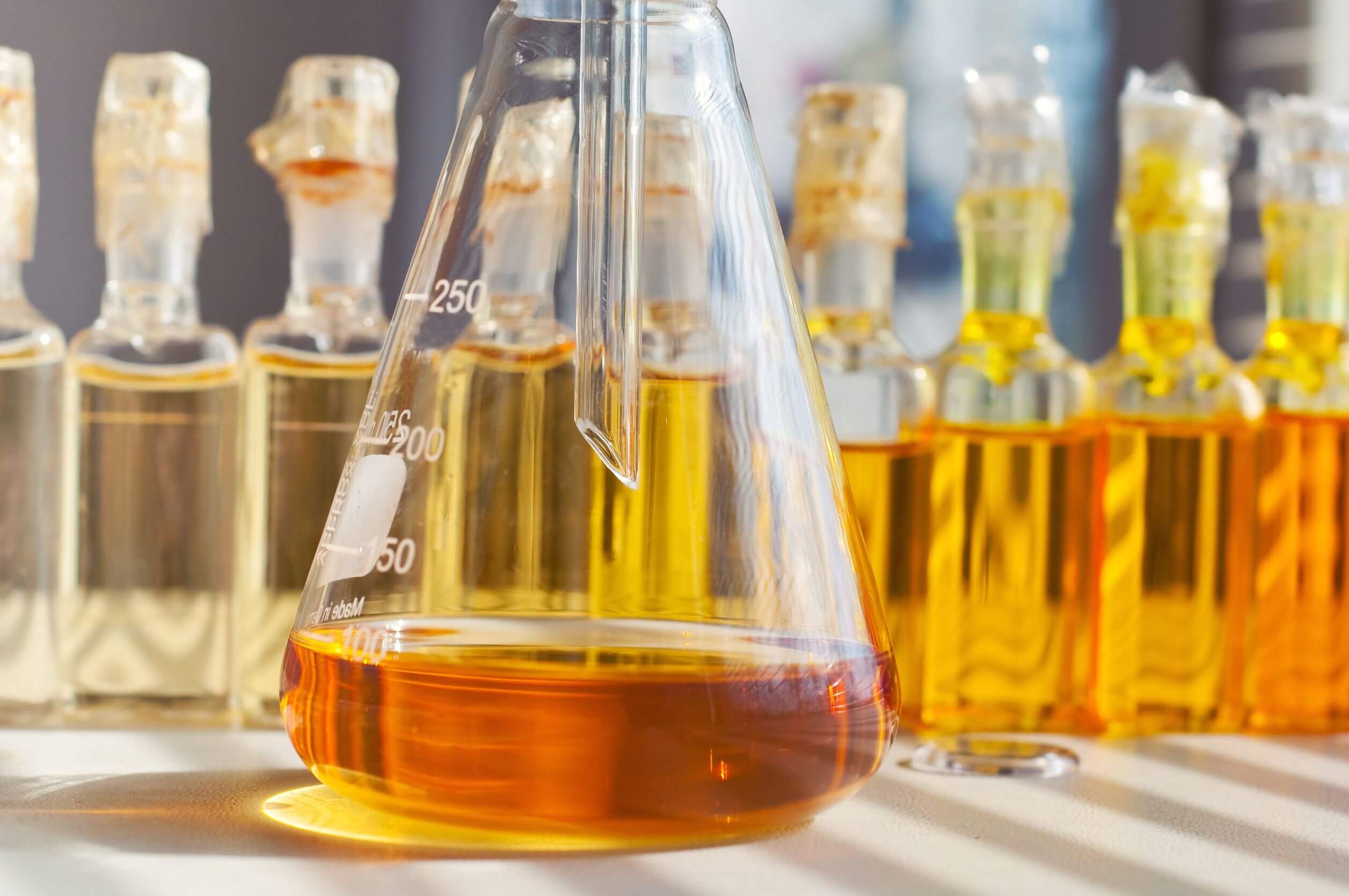 Although it’s really nothing new, alternative fuels and new methods of powering commercial vehicles are a constant source of debate and innovation. Sure, electric drives and fuel cells are always making headlines, but that’s not to say innovations in fossil fuels are in short order. Alternatives to straight-up petroleum diesel are everywhere nowadays, although some may not be entirely sure just how these fuels are making an impact on the trucking industry.

At the moment, the main choices for alternative fuel sources in commercial driving include propane (aka autogas), biodiesel, renewable diesel, and dimethyl ether (DME). These fuels have already been around for years with varying benefits, drawbacks, and levels of adoption across the industry. Depending on the goals of an individual company, the availability and price of each fuel, as well as the incentives being provided, choosing alternative fuel sources can be a complex process.

Fleet owners and trucking companies also need to think about the cost, range, weight, performance, and time that will be factored into each driver’s rig once a fuel source is chosen. So, what are the basics for each of these alternative fuel sources? We’ll break it down here.

Liquefied petroleum gas, or propane, is called autogas when used in motor fuel applications. This fuel source is widely thought of as the main competitor for many light, medium, and even heavy-duty fleet operations, even though it’s still a petroleum-based substance. Alliance AutoGas, one of the main suppliers to commercial vehicle fleets makes their pitch very clear:

“As a vehicle fuel, it substantially reduces harmful emissions, costs less than gasoline, and is almost entirely domestically produced. With more than 18 million vehicles worldwide running on autos, it is the most widely used alternative fuel in the world, just behind gasoline and diesel.”

Some of the main selling points of this fuel source are that it can be ideal for centrally fueled fleets, as well as those that share refueling stations with other fleets. Additionally, it’s regarded as a non-contaminant of air, land, and water resources. This means it can reduce or even eliminate a handful of EPA requirements for installing and maintaining diesel and gasoline infrastructure, according to the Propane Education & Research Council.

As one of the more popularized alternative fuel sources found in the trucking world, biodiesel is a renewable fuel that can be created from vegetable oils, recycled restaurant grease, and yes, even animal fats. From a chemistry perspective, biodiesel is very similar to petroleum diesel, but it burns much more cleanly. According to the Renewable Fuel Standard, biodiesel meets both the biomass-based diesel and overall advanced biofuel requirements. 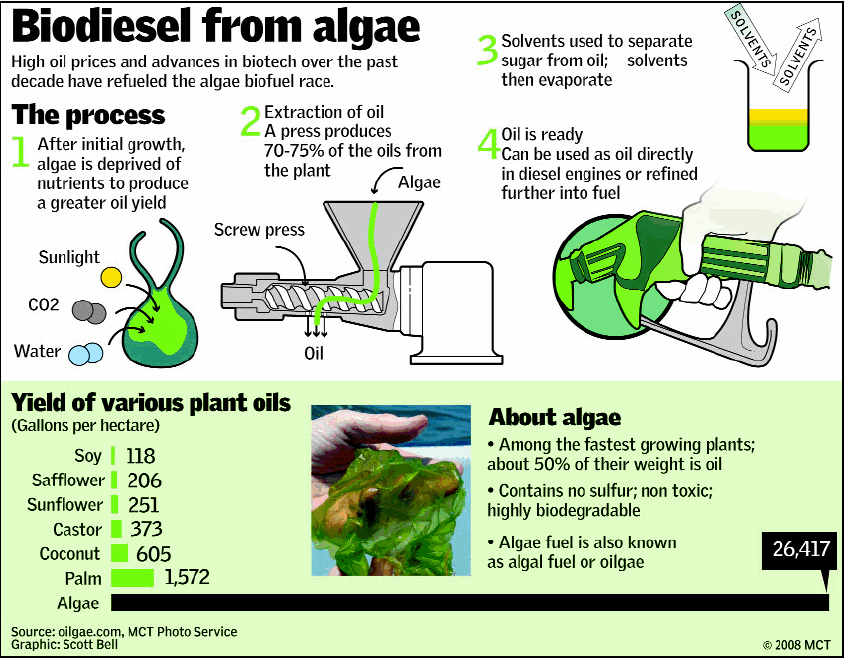 Amazingly, biodiesel can be made from algae, which is grown specifically for that purpose.

Although it’s one of the most ubiquitous types of fuel out there, there are still some major drawbacks for some when it comes to biodiesel. Mainly, biodiesel can vary greatly in its ability to perform in cold conditions. Still, according to the U.S. Department of Energy there are ways around this:

“Typically, regular No. 2 diesel and B5 [a blend of 5% biodiesel] perform about the same in cold weather. Both biodiesel and No. 2 diesel have some compounds that crystallize in very cold temperatures. In winter weather, fuel blenders and suppliers combat crystallization by adding a cold flow improviser. For the best cold weather performance, users should work with their fuel provider to ensure the blend is appropriate.”

For some serious biodiesel myth-busting, Gas2.org has got you covered.

Although many people are mistaken, biodiesel and renewable diesel are not interchangeable terms. Technically speaking, renewable diesel is a fuel derived from biomass, which meets the registration requirements established by the EPA under Section 211 of the Clean Air Act, in addition to the specifications laid out in the American Society of Testing and Materials’ D6751D975 spec.

What we’re really talking about here is renewable or “green diesel,” a product of hydrotreating fats or vegetable oils either alone or as part of a petroleum blend. These fuels are designed with the ability to “be legally used in existing diesel infrastructure and vehicles,” according to the Department of Energy.

This is a major selling point for fleets, mainly because having a fuel that’s compatible with diesel engines as they exist today makes it easy to switch on to this alternative fuel source. The DOE also points out that this fuel may also result in similar or better vehicle performance compared to conventional diesel.

With great efforts to clean up diesel exhausts along with the emergence of electric-drive and fuel-cell technologies beginning to really take hold in the U.S. and Europe especially, dimethyl ether has remained a hot topic.

Essentially, this fuel is generated on a large scale by using natural gas as its feedstock, needing to be pressurized into a liquid state much like propane. DME can be produced from biomass and many other materials, however, the most common and widespread source is still natural gas. The fuel is then used by specially designed compression-ignition diesel engines, according to the DME.

Main advantages include a very high cetane number, which is the degree of a fuel’s ignitability in compression-ignition engines, as well as the energy efficiency of DME and diesel engines being relatively the same. A major benefit is that DME can eliminate virtually all particulate emissions, thereby reducing a need for costly diesel filters… the only drawback is that the fuel itself is not very dense, meaning fuel tanks must be twice as large as those used for diesel.

At this time, DME is not commercially available in the U.S., but reports from Europe and recent demonstrations show this alternative fuel could be entering North America very soon.

What are your thoughts on these alternative fuel sources? Ever drive a vehicle that runs on any of these? Let us know in the comments below!